Brad Keselowski is one step closer to his first NASCAR Cup Series career win at his home track of Michigan International Speedway. 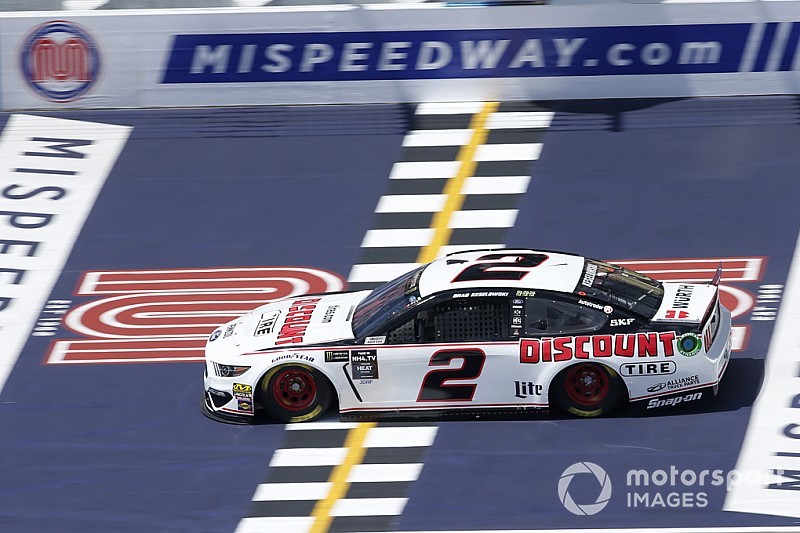 Keselowski saved his best for last as he was the final of 38 cars to attempt a qualifying lap Friday and his average lap speed of 190.471 mph was enough to win the pole for Sunday’s Consumers Energy 400.

Keselowski was one of only two drivers to top the 190 mph barrier, as Kevin Harvick came up just short at 190.089 mph.

The pole is Keselowski’s second of the 2019 season and 16th of his career. The native of Rochester Hills, Mich., started eighth and finished sixth in the June Michigan race.

“That’s great,” Keselowski said. “The Discount Tire Ford Mustang has been incredible since we unloaded. We were really fast in practice and then everybody started picking up a bunch in qualifying and I got nervous.

“We picked up just enough to get our second pole of the year and hopefully we can turn it into a win.”

Asked how much his car will need to change for the race, Keselowski said: “This is the last non-impound race we have with this (rules) package and with that in mind, there is a lot you can do to optimize the car for today that maybe won’t carry over to Sunday.

Austin Dillon had been fastest in Friday’s lone practice session prior to qualifying.