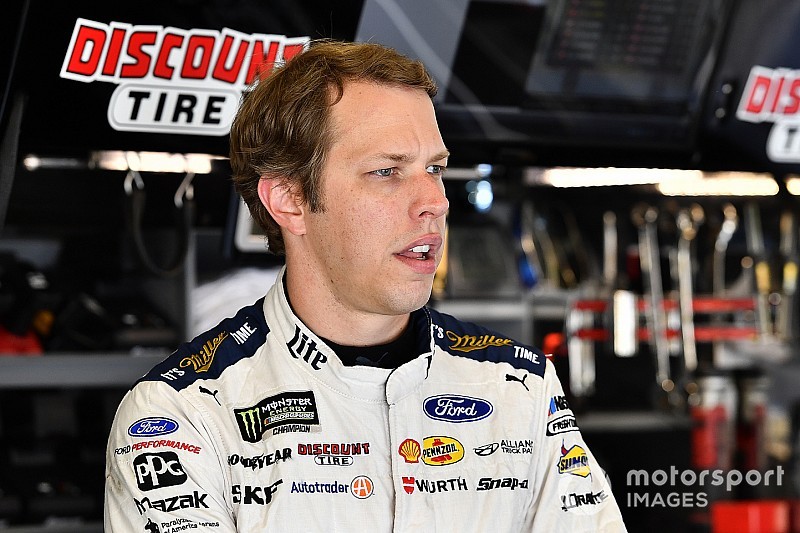 Brad Keselowski’s day ends early after push from Kevin Harvick sends him into the wall during Stage 2 of race at Daytona International Speedway.

After he famously stated earlier in the week he wasn’t going to lift during the race after a practice incident with William Byron, Brad Keselowski became a victim of that situation Sunday during the NASCAR Cup Series Coke Zero Sugar 400 at Daytona.

Keselowski and running the outside groove in front of Harvick in the top-10 when they got together late in Stage 2.

The Team Penske team tried to fix his car under caution and returned to the race but headed to the garage after just one more lap ending his day early.

“It’s looked like Kevin gave me a pretty good push but I didn’t have the grip and just lost it,” said Keselowski. “It’s a bummer for the Miller Lite Ford. (It’s) unfortunate and not real sure why it took off like that. But we’ll move on.”

The track is hotter and slicker running on Sunday afternoon after rain washed out the race originally scheduled for Saturday night, but Keselowski still felt like he had a good car for the rain-delayed event.

“It’s hot and slick and that way for everybody,” said Keselowski. “I thought we had good speed and decent handling but it wasn’t enough to take the push.

“We’re all two and three wide racing and just got tagged in the back and the Fords were working hard to run together. For some reason the car just turned there.”