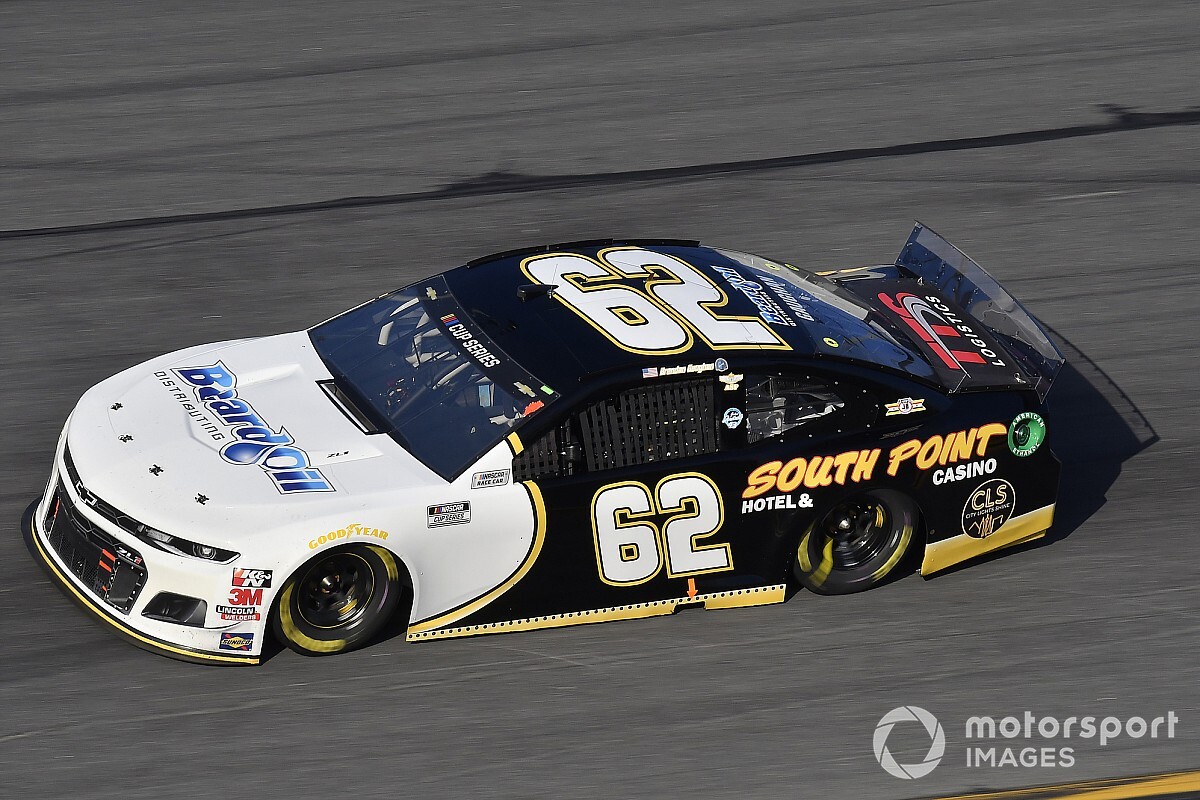 Brendan Gaughan isn’t wasting any time getting back on track after a bout with COVID-19, even adding a race to his original four-race “retirement” schedule.

Gaughan, 45, entered this season planning to step away from NASCAR competition after running the Cup Series’ four superspeedway races at Daytona and Talladega in 2020 with Beard Motorsports.

His summer break was disrupted in July when Gaughan tested positive for COVID-19 and experienced mild symptoms, which required him to complete a quarantine period.

Also during that time, NASCAR decided to add a race to the Cup schedule on the Daytona International Speedway road course to replace one it dropped at Watkins Glen (N.Y.) International due to the pandemic.

With Gaughan’s road-racing background, Beard Motorsports decided to add the race to its schedule and the team will compete in Sunday’s Go Bowling 235. Gaughan has since received two negative covid test results and has been medically cleared to compete.

“I feel fantastic. I’m finally out of the house. The toughest part of the whole ordeal was the mental aspect,” Gaughan said. “I truly feel for people who struggle with depression and have to deal with COVID-19, because this thing is tough. You literally get stuck in a location by yourself.

“Fortunately for me, I had my puppy. I missed my two children tremendously. But it’s amazing now because we live in the age of the “Jetsons” that we can pick up a phone and look at their faces.”

Of the 10 Cup drivers in Sunday’s field who have competed in a race on the Daytona road course only Gaughan has actually come away with a victory.

He co-drove a Porsche GT3 with fellow pilots Andy Lally, Spencer Pumpelly, Wolf Henzler and Steven Bertheau to a class victory in the 2011 Rolex 24 at Daytona. It was Gaughan’s first race on the course and in the event and he and his teammates beat the second-place team by a full lap.

“What happened is that as soon as it got added to the schedule immediately my mind went, ‘Wow, I would love to race the Daytona road course.’ There’s very few of us Cup drivers that have experience on that race course,” Gaughan said.

“And with no practice and no qualifying, that gives about 10 of us a very large advantage over the field. So, I was immediately enticed by it.”

With cars constructed by RCR and powered by ECR engines, Beard Motorsports has three top-10 finishes, the most recent of which came in the season-opening Daytona 500 when Gaughan finished seventh.

“What people don’t realize in the stock-car world is I’ve been racing since 1991. I grew up racing and teaching sports-car racing. That’s what I grew up doing originally before I came to NASCAR,” Gaughan said.

Starting from the rear

Unfortunately, because Beard Motorsports only has two starts so far this season, Gaughan will start in the rear of the field. He knows the road to the front won’t be easy.

“Experience is going to be key, especially early. Knowing the people I’m racing around and knowing I’m going to have to come from 40th – that’s the bad news for the No. 62,” he said.