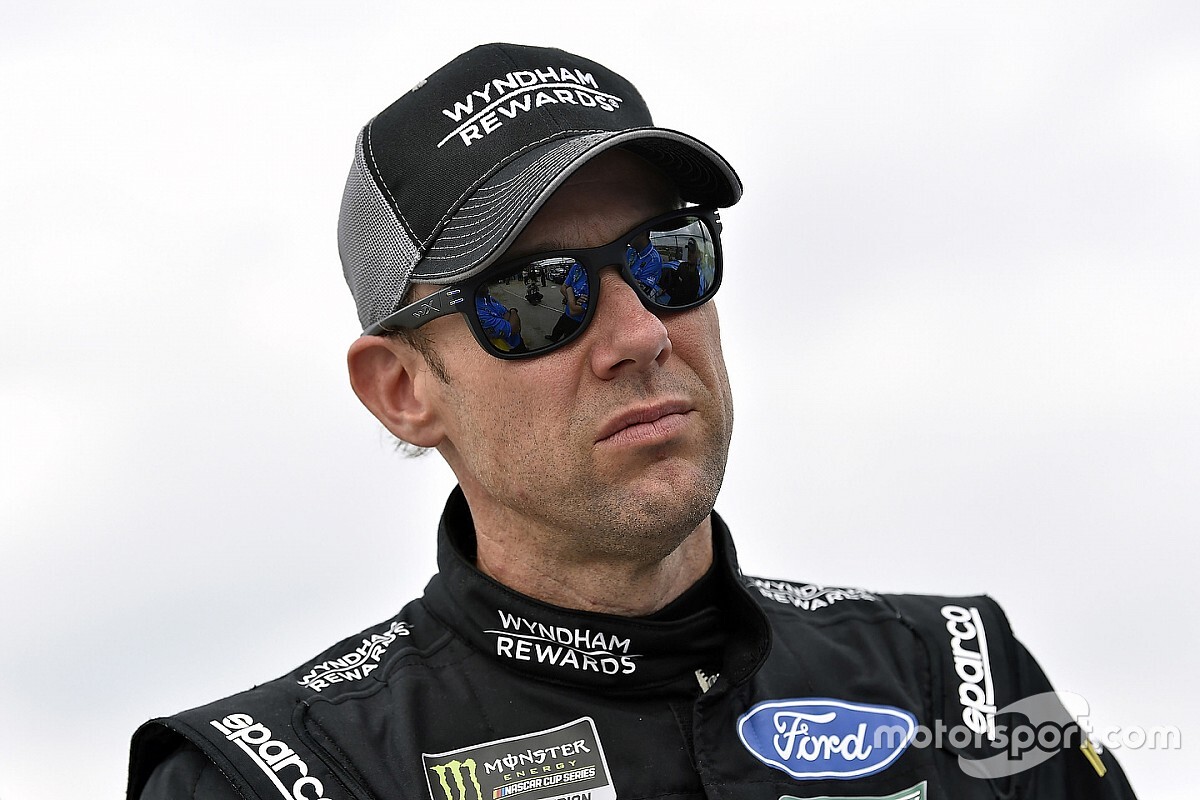 As a multitude of strategies play out at IMS, Matt Kenseth came away with the Stage 2 win in the Brickyard 400.

During the stage break, most of the field came down pit road for fresh tires and fuel, but 12 cars did stay out. Among those who pitted, Ryan Blaney and Stage 1 winner Clint Bowyer led the way, but they restarted back in 13th and 14th, respectively.

Kyle Busch took control of the race but while pacing, he caught the wet grass while warming up his tires. He later radioed, “Ever since then, the steering has been tougher.”

The next restart came at Lap 56, but just three laps later, the caution was needed once again when Darrell Wallace Jr. suffered a brake failure entering Turn 3. The car spun sideways and as Wallace slid back down the track, he got clobbered by David Starr. B.J. McLeod also went spinning in the incident.

“Scared the hell out of me for a second, and it spun out so fast,” said Wallace after emerging from the infield care center.

The race resumed on Lap 66 with Busch and Harvick out front. Behind them, Matt Kenseth took third from William Byron, but moments later, a crash back in the pack forced the sixth caution of the race.

A.J. Allmendinger appeared to get loose underneath Alex Bowman, sending them up into the wall out of Turn 2 before they both spun across the track, contacting the inside wall.

During the caution, Busch and Kenseth were among a group of cars that opted to pit, leaving Harvick to claim the lead. The green flag flew again on Lap 71 with Harvick getting away as Bowyer and Ryan Blaney slipped into the second and third positions.

A few laps alter, yet another caution as J.J. Yeley went spinning out of Turn 2.

Green-flag racing resumed on Lap 80 with Harvick still in control. He remained there for ten laps before pitting with ten laps to go in the stage, handing the lead to Bowyer.

Meanwhile, Kenseth was charging back through the pack, at an even faster pace than Busch.

Almirola pitted while Bowyer was in extreme fuel-save mode, trying to make it to the stage end. Almirola was then penalized for speeding on pit road and he was not alone.

Kyle Busch was also issued a costly penalty for pitting too soon. The pit lane was closed just before Busch made it to the commitment line.

Bowyer, Hamlin and several others pitted before the end of the stage as well, but not Kenseth. He stayed out, taking the stage win for Roush-Fenway Racing. He made his pit stop during the caution that followed.

Despite winning the stage, Kenseth reportedly questioned the call not to pit with the others before the stage ended.