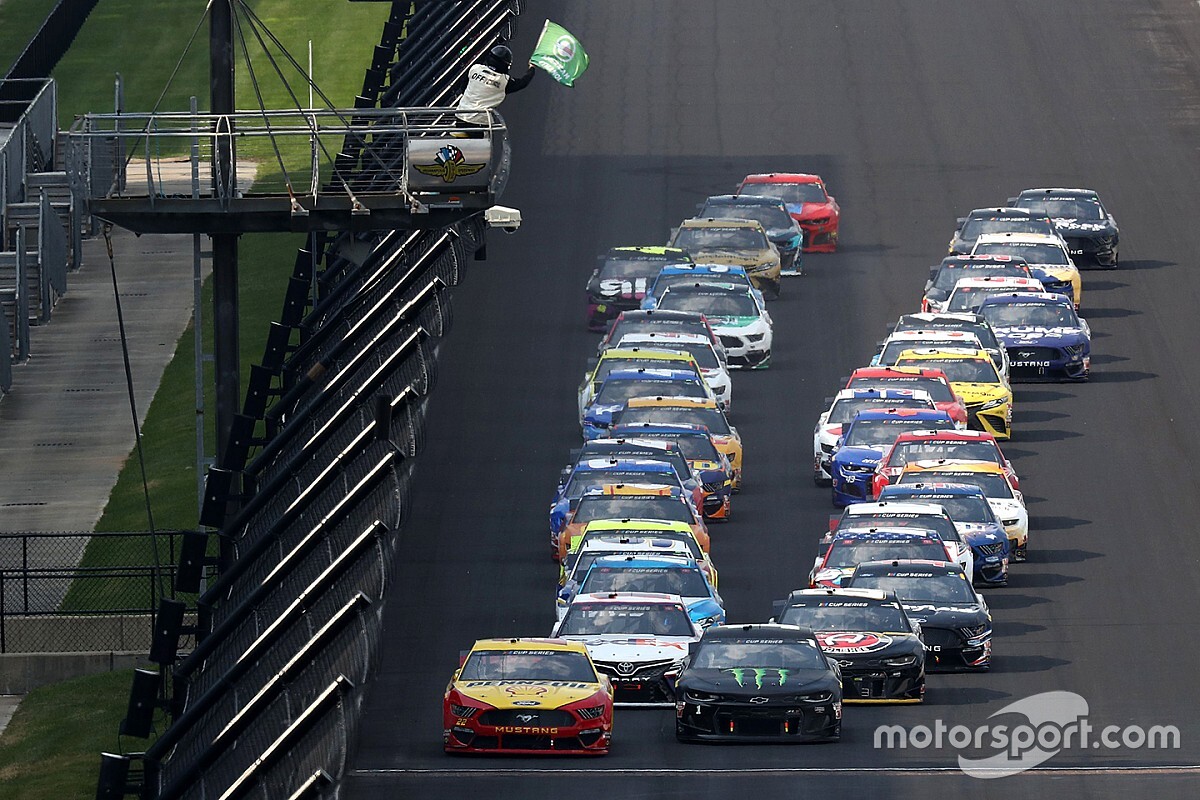 Kevin Harvick won the Brickyard 400, the 16th round of the NASCAR Cup Series at the hallowed grounds of the Indianapolis Motor Speedway, after longtime leader Denny Hamlin crashed out of the lead with seven laps to go.

Hamlin and Kevin Harvick battled hard at the start of the final stage, with Harvick holding sway. But Hamlin undercut Harvick in the final round of green flag pitstops, and rejoined well clear of him.

Harvick was chasing Hamlin down when Alex Bowman crashed heavily at Turn 1 on Lap 134 after a tire blew. The race went green with 23 laps to go, and Harvick suffered a bad restart but he caught Hamlin quickly but couldn’t find a way past.

With the race seemingly in his pocket, Hamlin pounded the wall at Turn 1 with just seven laps remaining with his right-front tire blew.

At the overtime restart, Harvick fired off at the front to beat Matt Kenseth, Aric Almirola and Brad Keselowski.

Harvick won Stage 2, after a great pass on Hamlin that took him right to the edge of the grass on the backstretch. Chase Elliott led from the start of the stage, while Hamlin passed Matt DiBenedetto for second. A wicked crash befell Erik Jones, who blew a right-front tire and pounded the wall hard. He was unhurt.

Elliott almost missed his pit stall in the next round of stops, so Hamlin and Harvick jumped ahead of him. William Byron was the leader at the restart but blew a left-front tire on the backstretch.

Another caution almost happened immediately, when Ryan Blaney spun into the wall at Turn 3.

Byron won Stage 1, after he kept fellow tire strategy gambler Jones in his rear-view mirror in a frantic four-lap dash to the end. The race started an hour late due to lightning in the area. Poleman Joey Logano led until the competition caution on Lap 15, but a serious accident occurred in the pits.

The rear tyre changer on Blaney’s Penske Ford, Zachary Price, was struck during a multi-car accident and was taken to the medical center with leg injuries. The pileup included the cars of Martin Truex Jr and Justin Allgaier – the reserve driver for the Covid-positive Jimmie Johnson – and caused a red flag.

The race’s second caution was for Ryan Newman’s crash after a right-front tire went down at Turn 3.