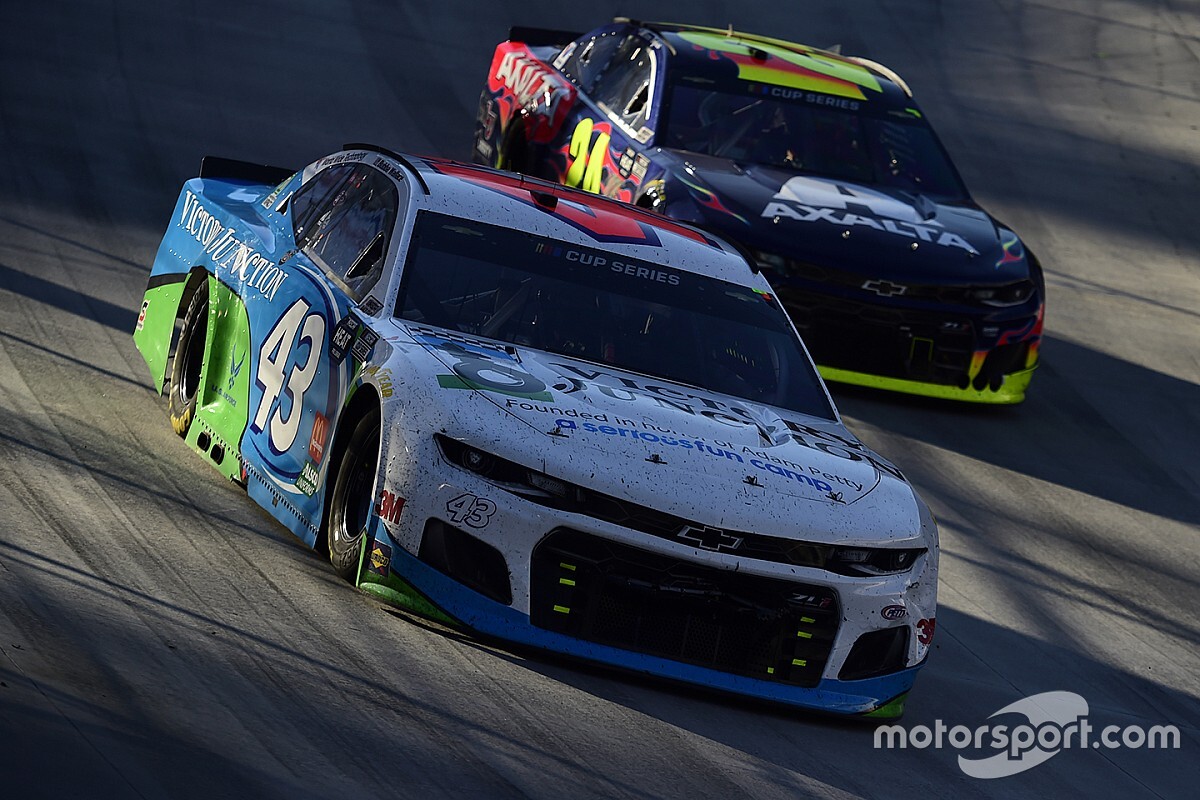 It wasn’t easy, but Bubba Wallace was finally able to translate the recent increased performance from his Richard Petty Motorsports team into a solid finish.

This season, and particularly since NASCAR’s return to racing two weeks ago following a hiatus due to the COVID-19 pandemic, Wallace’s No. 43 Chevrolet has shown increased speed, putting him in contention for strong finishes.

Unfortunately, a broken wheel hub and getting collected in a wreck wiped out the chance for good results in two races at Charlotte last week.

Wallace faced a daunting task Sunday night at Bristol, having to start 36th, but once again his car showed speed – sometimes too much.

Twice in the race, Wallace was hit with pit road speeding penalties but still managed to salvage a 10th-place finish, just his second top-10 of the 2020 Cup Series season. He ran as high as third at one point in the 500-lap race.

“That was hard fought. I am worn-out after that one,” Wallace said after the race. “That was a good day. There were ups and downs, back and forth. We have to figure out our pit road speeding.

“I am 99.999-percent sure I was way under the limit – just because we got caught the first time, so there was no need to push it. Besides that, we rebounded from those penalties.

“I over-stepped adjusting the car. We were just way out of place at the beginning of the race and our team over-adjusted and came back full circle as the track rubbered-up.”

Wallace began the season with a new crew chief, Jerry Baxter, with whom Wallace had worked previously for two seasons during Wallace’s tenure at Kyle Busch Motorsports in the Truck Series.

“We will carry some momentum over – finally got a good finish after two bad ones. We got the bad juju off our back and we will go onto the Atlanta Motor Speedway,” Wallace said.

“We’ve got some work to do there. I am excited about the speed we’ve been bringing to the track each week. The speed we have been bringing has been good. We need to tweak some things to get us to the next level.

“We are knocking on the door. We’re doing really good things.”