© 2021 Motorsport Network. All rights reserved.
TV Buy tickets Store
Previous / Harvick: "We shot both feet off with the absolute dominant car" Next / Money aside, Kyle Larson is "all about trophies and big wins"
NASCAR Cup / Breaking news

Bubba Wallace: “I haven’t had this much fun in a long time”

First, Bubba Wallace raced his way into the All Star Race and and then came home with top-five finish. 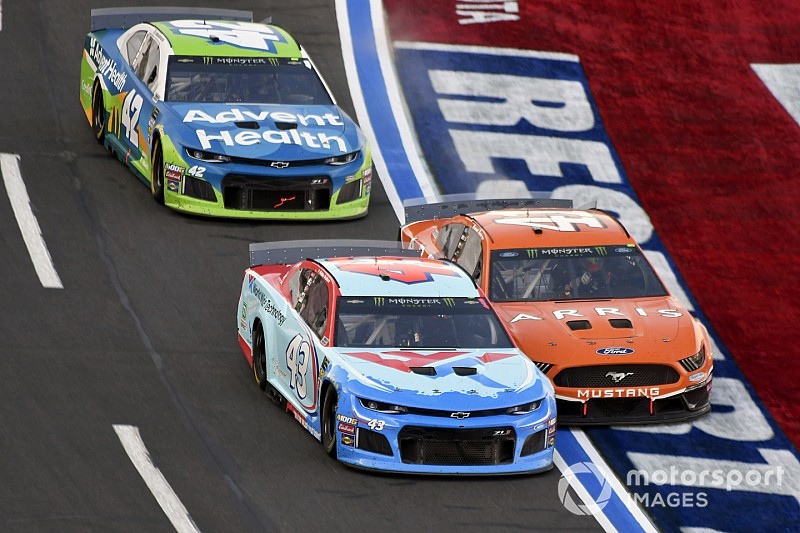 It wasn’t a win but to Wallace, Richard Petty and everyone on the No. 43 team Saturday night’s performance had to feel good.

After showing speed throughout Saturday’s Monster Energy Open and winning a stage to advance to the main event, Wallace made the most of his opportunity.

“(I had) tons of fun tonight,” Wallace said after the race. “I honestly haven’t had this much fun in a long time. I guess since back to the race at Bristol last spring. It’s been a struggle for us.”

Wallace started near the rear of the field in the main event but worked his way up through the stages to sit in fifth on the final restart of the race.

“I held it wide open on the last restart and those guys (top four) drove away from me,” said Wallace. “I just said ‘Bye, bye’ and held on for fifth.”

It’s been well documented the struggles Wallace has been going through on and off the track and he hadn’t finished any higher than 17th, which came at Martinsville (Va.) Speedway.

“The first thing my mom said to me after the Open was ‘You know who that was? That was God. He’s not giving up on you yet’,” said Wallace. “I’ve realized that.

“As many dark moments that I’ve had and telling myself to give up, it’s been really tough. It’s been tough to keep coming in and keep going. Tonight just shows that I’ll be back next week.”

Harvick: "We shot both feet off with the absolute dominant car"

Money aside, Kyle Larson is "all about trophies and big wins"