DoorDash, founded in 2013, is a technology company that connects customers with their favorite local and national businesses with delivery services in more than 4,000 cities across the United States, Canada, and Australia.

The business is one of many that have taken on added significance during the COVID-19 pandemic and the resulting stay-at-home orders in several states. 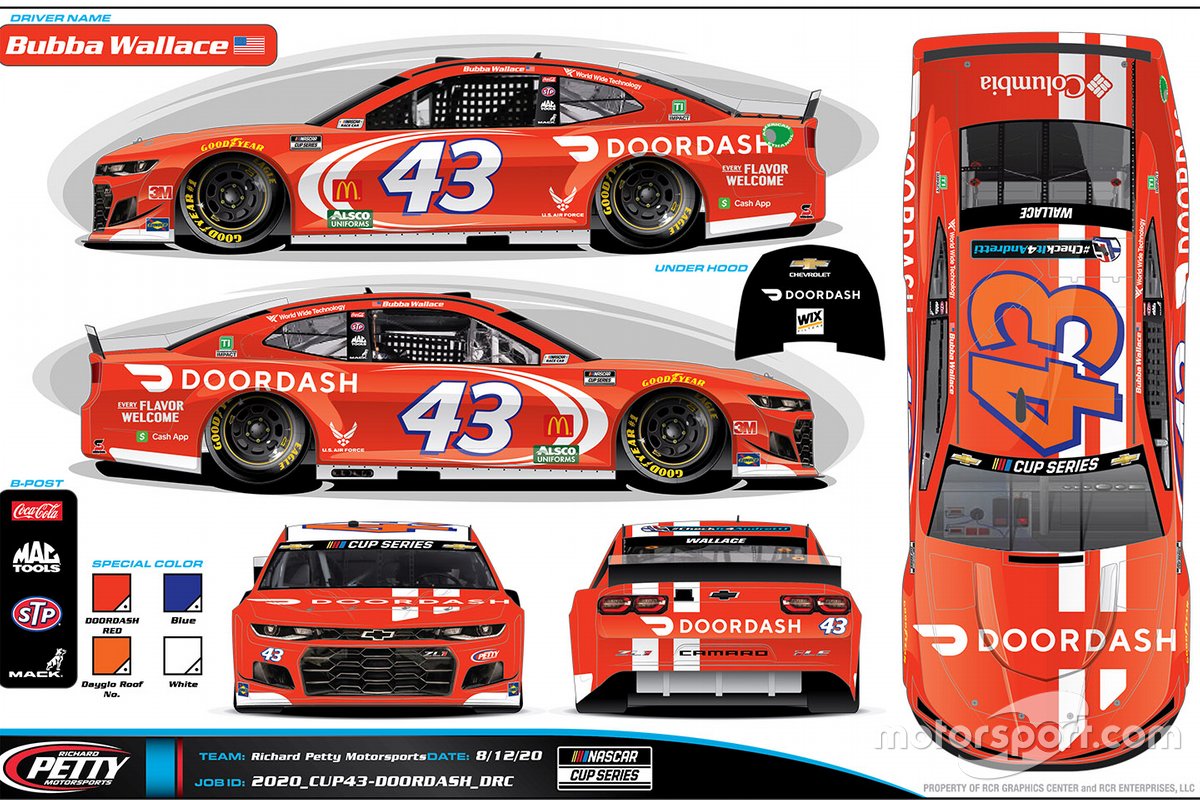 “From a business perspective, the addition of DoorDash expands our resources, enabling us to build the best team and in turn grow our organization at a pace that will enhance our ability to win races," Brian Moffitt, CEO of RPM, said.

“DoorDash empowers businesses to grow, and this partnership is a direct result of that philosophy.”

The agreement includes primary sponsorship of Wallace’s No. 43 Chevrolet in seven races this season, with the first being Sunday’s inaugural event on the Daytona Road Course.

“The DoorDash symbol is synonymous with speed and technology and that's what Richard Petty Motorsports intends to deliver with our No. 43 DoorDash Chevrolet Camaro ZL1 1LE,” Wallace said in a statement.

DoorDash plans to offer exclusive deals with race fans, while designing local initiatives that accelerate shared efforts to empower communities in need across the United States.

“This partnership enables us to engage with the racing community through one of the most exciting and forward-thinking athletes in the sport,” Tony Xu, DoorDash chief executive officer and co-founder, said.

“We’re proud to support an ambassador like Bubba with on-track excellence and off-track commitments and values that are so well aligned with ours.”

Earlier this week, Wallace also added a personal endorsement deal with Columbia Sportswear that will also include sponsorship on his No. 43 Chevrolet.

Wallace, the only full-time African-American driver in the Cup Series, has been among the most vocal leading NASCAR’s response to racial injustice protests across the country