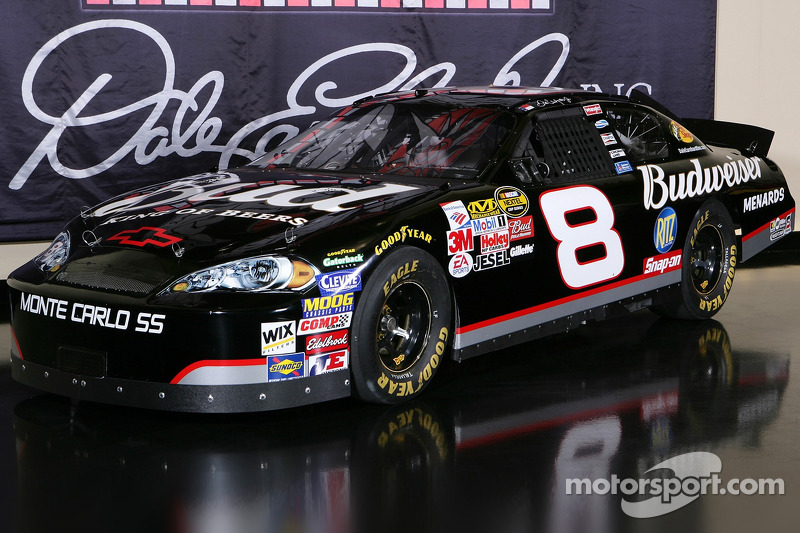 The No. 8 Budweiser Chevrolet piloted by Dale Earnhardt Jr. will have a new look for this weekend's activities at Talladega Superspeedway. The usually red No. 8 will be predominantly black with white lettering and silver and red stripes in honor of the life and brilliant career of the late Dale Earnhardt. 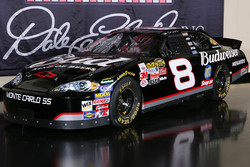 The paint scheme mimics the design the elder Earnhardt made famous in his career while driving for Richard Childress Racing in the Cup Series and Dale Earnhardt Inc. (DEI) in the Busch Series. Ten of Earnhardt's 76 career wins came at Talladega -- more than any other driver. His son, Dale Jr., is second in all-time Nextel Cup victories at Talladega with five, including a record four-in-a-row for DEI between October 2001 to April 2003.

The elder Earnhardt will be inducted into the International Motorsports Hall-of-Fame at Talladega Thursday evening, and Saturday, April 29th would have been his 55th birthday. Among the most memorable of Earnhardt's 10 victories at Talladega was the last of his 76 career victories, where he came from 18th place with five laps remaining to take the win in October 2000.

Anheuser-Busch and the Busch family had a personal and business relationship with Dale Earnhardt for many years, promoting the Busch brand. Earnhardt won the first-ever race run under the 'Busch Series' name in 1982 at Daytona.