Canadians will make their presence felt in Phoenix 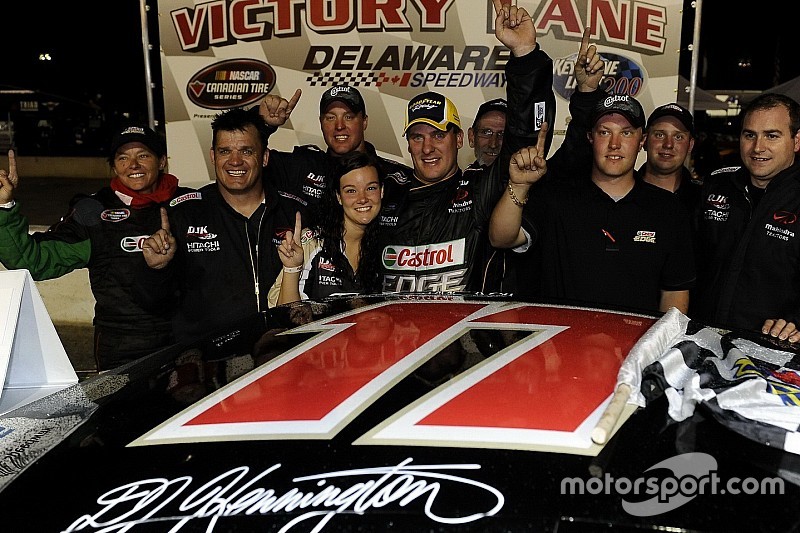 Five drivers north of the border will invade the desert this weekend.

This weekend, the three NASCAR national series will compete in the desert of Phoenix, Arizona at Phoenix International Raceway and all three will have Canadian drivers attempting to make the races.

A pair of Canadians will attempt to make their NASCAR Camping World Truck Series debut with the other two driving in the NASCAR Xfinity Series with one of those – D.J. Kennington – vying for his first NASCAR Sprint Cup Series start as well.

Kennington, who is a two-time NASCAR Pinty’s Series champion north of the border, will be competing in his second Xfinity race of the season and making his 50th career start in the Ticket Galaxy 200.  The St. Thomas, Ontario native will also try to make the field for the Can-Am 500 on Sunday.

Joining Kennington in the NXS field will be Victoriaville, Quebec driver Alex Labbe. Labbe just finished seventh in his first full season of competition in the NASCAR Pinty’s Series in seventh in the final standings and is sponsored by Can-Am. He’ll try and make his first NASCAR national series start along with Kennington on Saturday.

The Ticket Galaxy 200 will be the first of five races in the series Labbe plans on competing in over the next year while returning to compete for the 2017 NASCAR Pinty’s Series title in his home country next season.

Hayley, a former member of the NASCAR Next program, has scored five top-five and 10 top-10 finishes in 21 starts so far this season. His best showing in 2016 up to this point has been a pair of runner-up finishes at Atlanta in February and Pocono in July, respectively.

Hayley will be joined by the youngest member of the Canadian drivers with Dominique Van Wieringen attempting to make her first career CWTS start on Friday.

Also joining the group will be Kahnawake, Quebec native Dexter Stacey who will compete in the NXS race.

He's made 25 NXS and two NCWTS starts in his career and 43 starts in the NASCAR Pinty's Series finishing 10th in the final standings in 2010 and 2011, respectively.

Logano on another Harvick win at Phoenix: "It isn't a given for him"