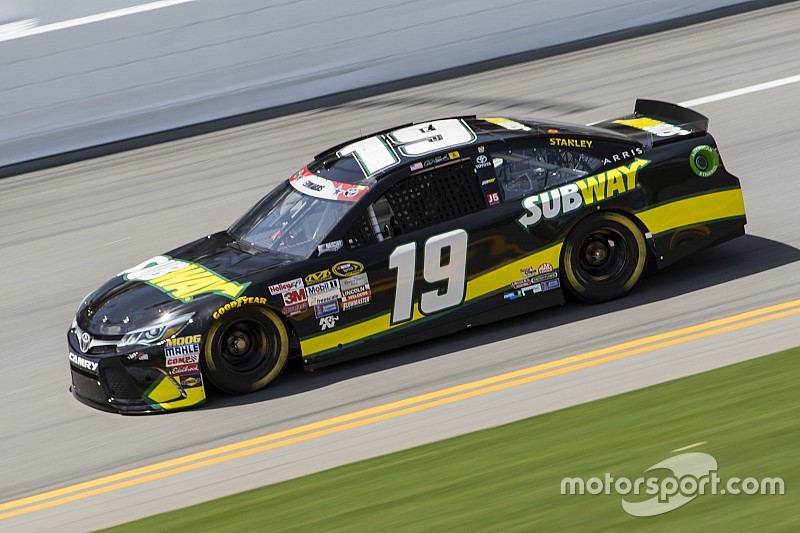 Kyle Larson ignited second round of fireworks at Daytona as Brian Scott ends up underneath Carl Edwards' car.

Austin Dillon, Ricky Stenhouse Jr., Brian Scott and J.J. Yeley all received damage on Lap 85 as the cars piled up in Turn 2.

“I'm fine, the front end is killed,” Brian Scott reported as his crew warned him that the No. 33 Chevy was on fire.

Edwards, who spun out on his own in Turn 4 on Lap 53, was forced to the garage for major repairs.

“The front end is destroyed,” said Edwards, who was scored 38th after the accident. “No brakes.”

Prior to the wreck, Larson complained that his car was a little loose in the corner but tight in Turn 4. Most of the damage to the No. 42 Chevy was in the right rear of Larson’s car.

Kasey Kahne was leading the race when it returned to green. Dale Earnhardt Jr. held the point for 41 of the first 85 laps. All were checked and released from the infield care center.

The Big One strikes early at Daytona - video

Kenseth puts the squeeze on Kahne, contenders taken out in ensuing crash