The NASCAR Sprint Cup Series heads west this week to Phoenix International Raceway for the AdvoCare 500. The one-mile oval wasn't kind to Landon Cassill, driver of the No. 83 Burger King/Dr Pepper Toyota, during his last visit to the track. He had a strong showing derailed when another car spun him into the wall. He hopes his performance this week redeems the previous race and reflects his team's true potential. 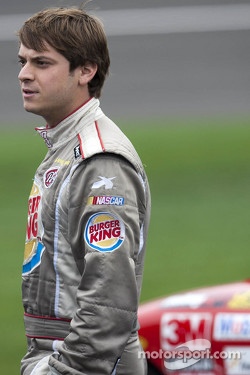 In his four Cup Series race at Phoenix, Cassill's best finish is 29th place, which he achieved last season. He has four starts under his belt in the Nationwide Series. His best performance came in 2008, finishing sixth.

Doug Richert, crew chief for the No. 83 team, has called 14 Cup races at Phoenix. He has one top-10 and one top-five finish to his credit. His best finish is second place, which he scored in 2005.

"I've run really well at Phoenix, but I've had some good finishes ruined by bad luck. We had a good run going in our last race there and I ended up getting spun out and hitting the wall. I know we have potential to have a good finish this weekend. We just need to do what we've been doing all year long. We can't worry about the accidents or freak things happening. All we can do is focus on making our car as good as it can be and the rest will take care of itself.

"Phoenix is one of the more technical tracks we go to. I love the challenge. Turns 1 and 2 are really sharp and you've got to be aggressive, but you need to make sure you don't spin yourself out or hit the wall. When you get to 3 and 4, it's easy to overdrive that side, too, so you can't come in too hot. There's barely any banking, so you'll slide right up the track if you come in too hard. It's not easy to find that balance, but it's definitely a fun place to test your skills.

"I'm excited about the race. I really liked the changes they made to the track for this season. They aren't huge differences, but they've made for a better race. It's wider in some parts and it has more grip. It's sped us up a little bit compared to a year ago. It still has the same character and uniqueness, but it's made for a better race."