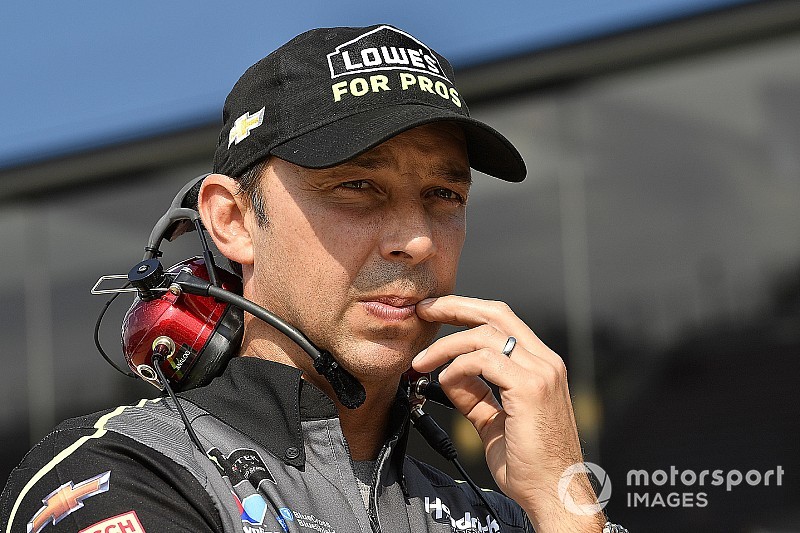 There’s so much new this NASCAR season for Chad Knaus, but does that really change his approach to his crew chief role?

Knaus, who won seven championships in the Monster Energy NASCAR Cup Series with driver Jimmie Johnson, takes over as crew chief for 21-year-old William Byron and the No. 24 team this season at Hendrick Motorsports.

Not only will Knaus be working with a new driver and new team this year but also navigating NASCAR’s new aero rules.

“You have to sit back do this: The expectation is ‘X.’ The reality is ‘X’ minus probably a little. My goal right now is to establish the team, build the team and then get it fully functional and running the way it needs to be by May,” Knaus said Tuesday at a preseason event on the Hendrick Motorsports campus.

“If we can do that, then we should be in position to where we can make the playoffs and go out there and compete for wins. To think we should be able to go from Daytona to Atlanta, Phoenix, Vegas and Fontana and hitting on all eight cylinders every single week, I think that’s a little far-fetched.”

Yet there is still a familiar ring to that formula.

“It’s probably very similar (if I was working with Jimmie). I think it has to be,” Knaus said. “Now, I want to go out there and win the Daytona 500, because that’s the expectation but the reality is it’s very, very difficult.

“You can’t go to the first five races and say, ‘We’re going to win races,’ and when you don’t, you just implode. You can’t put that kind of pressure and weight on your shoulders for a young driver, a young team.

“For a guy like me, you can do that, because I’ve been through it all. There’s not much that I haven’t seen. Heck, I’ve won a Daytona 500 sitting on the sofa.”

Knaus admits Johnson and Byron “have significantly different” personalities but adjusting to those changes is nothing new for him.

“I don’t think I’m going to have to change a whole lot. It’s just a new player on my team that I have to learn to work with,” he said. “It’s not like I was like this and now I need to do a complete mind-shift.

“I can’t change who I am. I have a leadership style that whether it’s right or wrong, it is what it is. I have to make sure that my style is something that works with William.”

While Byron may come across as quiet and reserved, Knaus has already discovered his passion and drive to succeed are second to none.

“His drive and tenacity is much higher than I had anticipated just from the conversations that we’ve already had,” Knaus said. “Now, how that translate to the race track, I have no idea yet. I just don’t know.

“But I can tell you he is very adamant in going out there and being successful. He’s not afraid – at all. I think that’s impressive. He came in here, he was a little reserved. I mean (the Cup Series) is an intimidating place, racing against Jimmie Johnson and Kevin Harvick and Brad Keselowski – getting pushed around by those guys.

“Now, he’s 21, a young man, he has a year’s experience under his belt, he’s racing with one of the best organizations in the industry. I think his confidence is going to soar and I think he’s going to be great.”

Jamie McMurray to run The Clash at Daytona