Change is good for the Sprint Unlimited 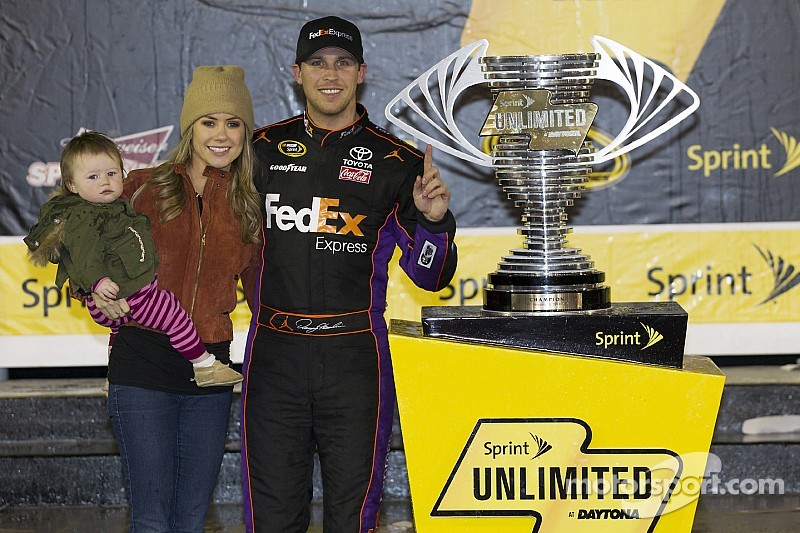 NASCAR released the new format for the Sprint Unlimited on Thursday.

Last year’s 75-lap event was broken down into three segments of 35, 20 and 20 laps with Denny Hamlin winning the trophy. The 2015 Sprint Unlimited, which will run on Feb. 14 at Daytona International Speedway, will be split into just two segments – a 25-lap run followed by a competition caution and an additional 50 circuits to determine the winner.

Brian Vickers, Brian Scott and AJ Allmendinger have elected not to participate.

Vickers, who earned the pole at Talladega in the fall but is on medical leave, will be replaced by Bowyer. Richard Childress Racing confirmed on Thursday that Scott, who won the pole in the spring at Talladega, has also opted out. His position opens a space for Menard.

JTG/Daugherty Racing acknowledged on Saturday that Watkins Glen winner AJ Allmendinger will not participate in the event. Allmendinger will offer color commentary on the MRN radio broadcast. Although Ambrose is next on the list of alternates, a Team Penske spokesperson told Motorsport.com that Ambrose is testing in Australia and “our focus is currently on the V8 Supercar Series.”

Get in the act

On Feb 13, one day prior to the event, random fans will be selected join one of the 25 crew chiefs participating in the Sprint Unlimited as they choose their starting and pit road positions. The drawings will start at 3:30 p.m. at the FDOT Main Stage inside the Sprint FANZONE.

“Anticipation for the start of the NASCAR season is at an all-time high among fans and drivers,” NASCAR Executive Vice President and Chief Racing Development Officer Steve O’Donnell said in the release. “Fans have a unique opportunity to participate in key elements of the event, making this year’s Sprint Unlimited even more exciting.”

Dale Earnhardt Jr.'s new crew chief is up for the challenge