Change is in the air at Roush Fenway Racing 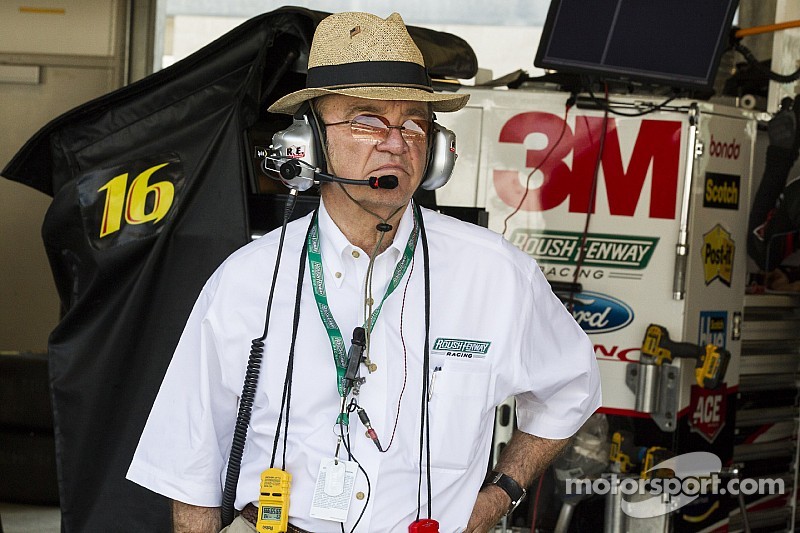 Roush Fenway Racing is taking steps to right the ship.

On Wednesday, RFR will announce the addition of respected motosports manager Mark McArdle as engineering director. McArdle will oversee all engineering for the organization and report to general manager Robbie Reiser.

“My role is to provide the organization with better vision, increased levels of direction and communication to allow all the available resources to work together to find the solutions to the basic core problem of car performance,” McArdle said.

McArdle’s motorsports career began on the open-wheel side. He worked initially as a mechanic and transitioned to an engine specialist with Penske Racing and Ilmor Engineering. Before joining the NASCAR ranks, McArdle helped power the Indy cars of Rick Mears, Emerson Fittipaldi, Bobby Rahal, Michael Andretti, Danny Sullivan, Tom Sneva and Al Unser Jr. and assisted in three Indy 500 victories.

In 1999, McArdle moved to North Carolina to assist Cal Wells PPI Motorsports. Two years later, he was named GM at Yates Racing Engines before joining Evernham Motorsports in 2003. McArdle was the in charge of the engine program for six years and through the transition to Richard Petty Motorsports.

RFR has also hired Kevin Kidd as its Sprint Cup team manager. Kidd, who currently oversees the No. 20 Nationwide Series team for Joe Gibbs Racing, earned an engineering degree at Virginia Tech. He also worked with McArdle as the race engineer on the No. 19 at Evernham Motorsports. Kidd's role will be similar to Eric Peterson, who was Roush Fenway’s operations manager before overseeing the Nationwide Series program.

McArdle most recently was director of racing operations at Richard Childress Racing. He held the position since the summer of 2013 after four seasons with Furniture Row Racing in Denver. The last two years at FRR, McArdle served as an intermediary in the teams’ technical alliance.

He moved back to North Carolina to be closer to his family – ultimately the reason McArdle chose to leave RCR and join RFR, which cuts his commute in half. McArdle acknowledged he was grateful for the opportunity with Richard Childress and still has tremendous respect for the organization.

Although McArdle will join RFR at the track this weekend at Phoenix International Raceway, he only expects to be on the road 25-percent of the time in order to focus on the challenges back at the Concord, N.C.-based shop.

There are great strengths, tremendous resources available here at Roush Fenway but the weaknesses have hurt the organization and that’s what we’ll focus on first.

“There are great strengths, tremendous resources available here at Roush Fenway but the weaknesses have hurt the organization and that’s what we’ll focus on first. The identification of the areas isn’t particularly mysterious or difficult. We just have to get digging in those areas and get caught up. It’s like what we used to say in engine building, sometimes you just have to go to work to find more power.”

Up for the challenge

McArdle is aware of the struggles Roush Fenway Racing has faced over the last few years. Although Greg Biffle and Carl Edwards qualified for the Chase to the Sprint Cup this season, RFR hasn’t earned its share of wins lately. McArdle doesn’t believe the recent disappointments are due to a lack of invest, commitment or effort, “just a lack of an overarching strategic view”.

“Jack (Roush) provides us with what we need, it’s what we do with the resources to make it better,” McArdle said. “It’s so easy in this business to make one or two wrong turns at critical moments in product development. To turn left when you should have gone straight at the intersection or turn right when you should have gone left. Then you continue down a path when in all intent and appearances should have been the correct one and you find yourself in a dead end alley. Knowing when to turn around might be one of the most difficult things to do in this sport.

“I’m certainly not the guy that magically comes in the door and flips the light switch that they forgot to flip on…but what I can do is see to it that we allow the very talented people that are here to be focused on the task at hand. Failure is not an option. It’s just a question of how long it will take.”