Charlotte Roval a “recipe for disaster” for playoff contenders – Burton 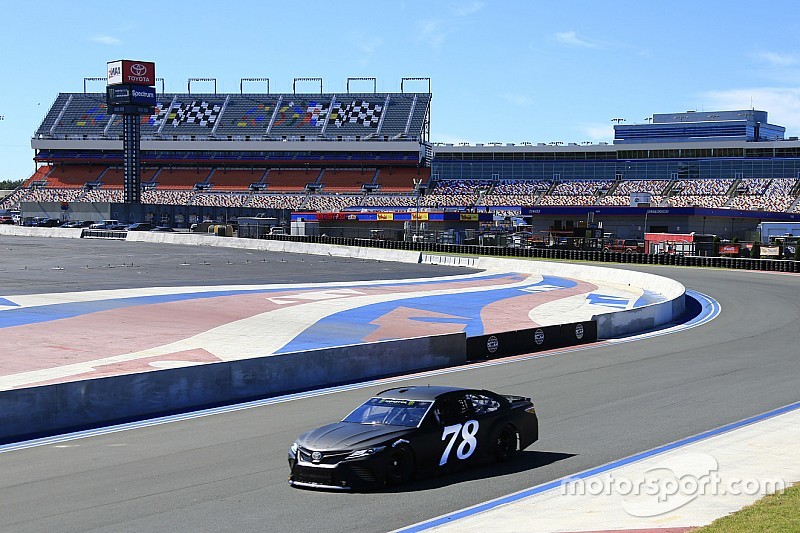 Sunday’s Bank of America 400 around the 2.28-mile, 17-turn course will determine the first four casualties of the playoff system, with those from 13th-16th in points being knocked out of the title race.

Burton, who will call the race from the NBC commentary box, says this means those at risk of elimination will be fearful of this step into the unknown – coupled with some heavy shunts already around this layout in testing.

“All the guys [on the Playoff bubble] have to go attack the race track,” said Burton, a 21-time Cup Series race winner. “A place they have never been to, and a place where we have seen all these crashes in practice.

“There are so many unknowns. That is a recipe for disaster. But they have no choice.”

Fellow commentator Dale Earnhardt Jr. – who made his own racing comeback in the Xfinity Series last weekend at Richmond – believes that drivers have good reason to be fearful of this weekend’s event.

“Nobody is going to sleep this week,” he said. “I’m ready to go to that Roval and see what happens. It’s going to be an exciting race.”

Earnhardt’s former crew chief Steve Letarte added his own word of warning by saying: “It is more terrifying to these drivers than Talladega.”

Check out the Roval preview on NBC’s NASCAR America…

And take a virtual lap around the Charlotte Roval with the No. 78 Toyota Camry of Martin Truex Jr., courtesy of NASCAR Heat 3, which you can order now:

A.J. Allmendinger out at JTG Daugherty Racing after 2018 season