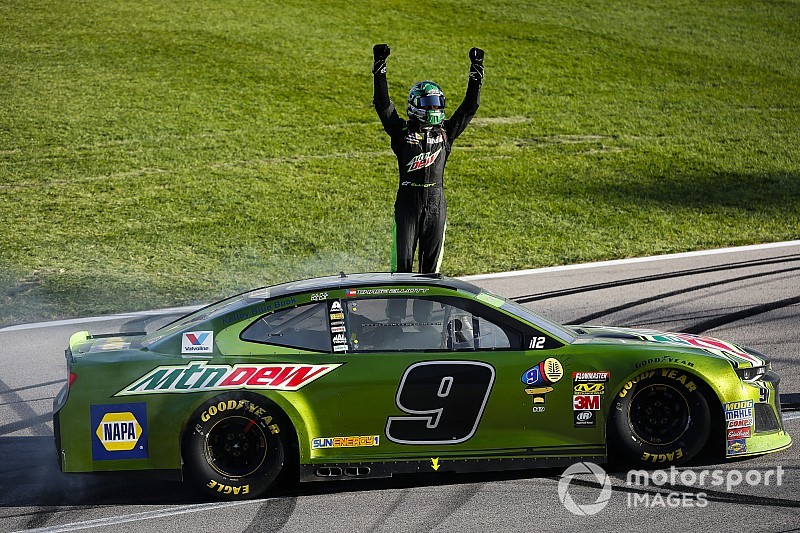 Chase Elliott has always believed that his No. 9 Hendrick Motorsports team was capable of winning and doing it often.

Since August, practice has made perfect.

Elliott entered his third fulltime season in the Monster Energy NASCAR Cup Series saddled with the question of “When will he win?”

His victory in August at Watkins Glen (N.Y.) International finally answered that question and it also locked him into the playoffs for the second consecutive season.

“I felt like as a team we were capable of winning and doing it often. I felt like I believed in my ability to do so,” Elliott said following his win Sunday at Kansas Speedway.

“I believed in my team’s ability, (crew chief) Alan (Gustafson)’s ability, our pit crew, road crew, the whole deal. That’s never really been a question mark in my mind.”

Now, after Elliott’s third victory in the past 11 races – including two in the playoffs – the bigger question is, “Can he win his first championship this season?”

“From a mental standpoint or a team standpoint, I don’t think we’re any different (than the beginning of the year). We haven’t done anything different approach-wise sense I’ve been at Hendrick, since Alan and I have been working together,” he said.

“I think we have just as good a shot as anybody and that’s our approach these next three weeks.”

Entering the Kansas weekend, Elliott was already assured to advance to the Round of 8 thanks to his win two weeks ago at Dover, Del.

But he insisted neither he nor his team were taking anything lightly at Kansas because the 1.5-mile track would be similar to two of the season’s final four races, including the championship race at Homestead, Fla.

If the No. 9 team couldn’t put forth a championship effort at Kansas, how would it be expected to do so at Texas in two weeks or at Homestead?

“I think every week has to be pressure packed. You have to keep the pressure on yourselves,” Elliott said. “If you were to make it to Homestead, you have to pretty much win Homestead. I think you have to have that mentality every week.

“The points game is nice I guess to play (but) really you just need to care about winning. Having the ability to win, do it weekly, putting yourselves in those positions week by week is the most important thing.

“If we can do that these next three weeks, I think we can give ourselves a chance.”

Truex 'fortunate' to still be in playoffs after Kansas