Chase Elliott: "We can compete with whomever" in playoffs 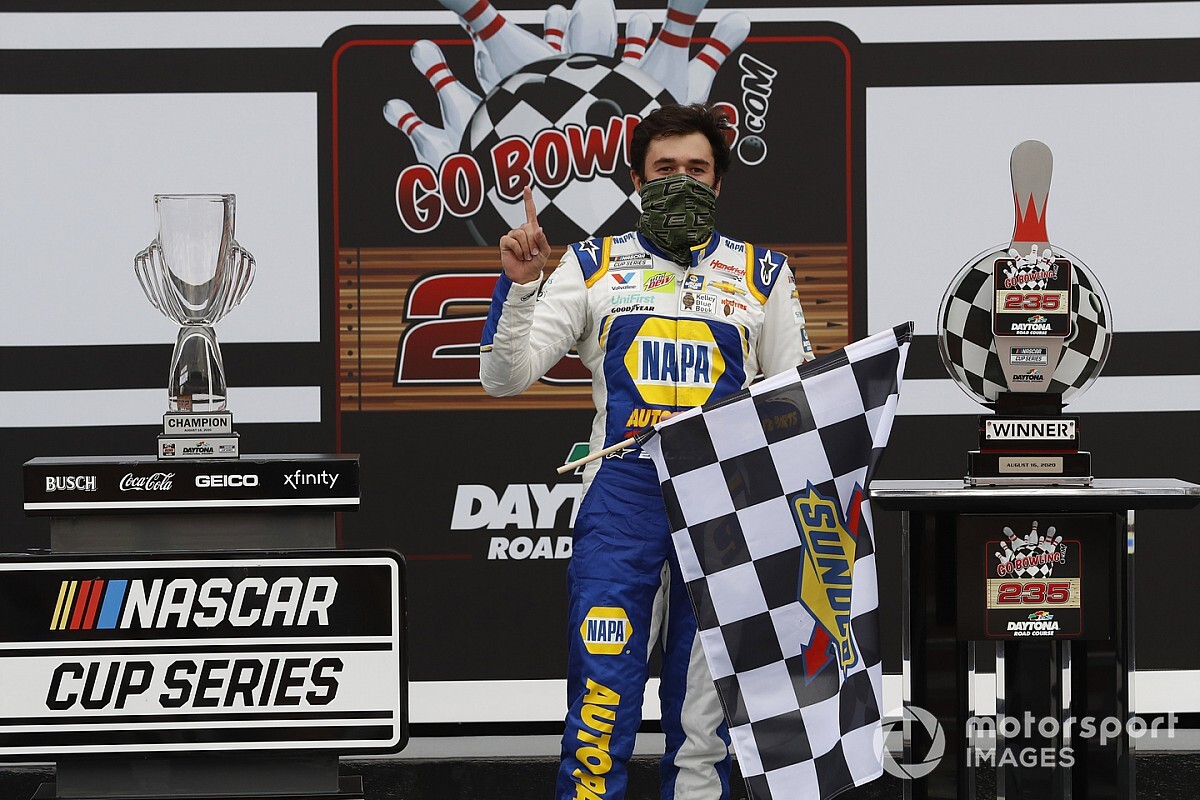 The 24-year-old son of NASCAR Hall of Famer Bill Elliott has amassed eight career victories in his now five fulltime seasons and has advanced to the playoffs each year.

In both the 2017 and 2018 seasons Elliott advanced to the Round of 8 but came up just short qualifying to be one of the four drivers racing for the series title in the season finale.

Having one of his best statistical seasons so far this year – two wins and 10 top-five and 15 top-10 finishes in 26 races – Elliott is on track to contend for the title again.

Going all the way

If he does advance to the final four, he’ll be in the first Chevrolet driver with an opportunity to race for the championship since 2016.

“We’ve never made the Round of 4. So that’s an area that we’ve never been in. So, some of that stuff, until you get there, it’s really hard to know what to expect,” Elliott said.

Chevrolet teams, especially Elliott and his Hendrick Motorsports teammates, got off to a strong start this season and were still competing for wins following NASCAR’s two-month hiatus due to the COVID-19 pandemic.

Alex Bowman scored a win in the third race of the season and Elliott picked up his first victory of the year in a 300-mile race at Charlotte in the first two weeks following the season’s restart in mid-May.

As the season stretched into the summer months and with the sport continuing to operate with no practice and qualifying on race weekends, however, the Chevys in general appeared to lose some of their competitive edge.

The past several weeks has seen an uptick in performance, starting with Elliott’s win at the Daytona Road Course last month and teammate William Byron winning last weekend on the Daytona oval for his first career victory.

Entering this weekend’s playoff opener at Darlington (S.C.) Raceway, Elliott is the highest seeded Chevrolet driver (fifth) in the 16-driver field and is tied for the fourth-most playoff points with two-time race winner Joey Logano.

Considering the ups and downs of the 2020 season, Elliott said he was a little surprised to learn he was still on pace for the best statistical season of his Cup career.

“I feel like we’ve had some really good runs at the beginning of the year and then got into a little bit of a dip there over the last couple of months. And then I thought Dover was back competitive again,” Elliott said.

“I think for me, I just look at a little bit of the inconsistency. I think we need to be more consistent across the board. I’m encouraged by the fact that when I feel like we have things going, we can compete for wins at a lot of different style race tracks, which is awesome.

“That definitely gives me confidence.”

Elliott said he believes the most important indicator of possible playoff success is how he and his No. 9 Hendrick Motorsports team are performing entering the final 10-race stretch.

“This deal is all about what has happened lately, what your performance has been up to this date, and what you have ahead to try to improve on and how much you need to improve,” he said.

“So right now, I’m just thinking about having had a good run at Dover, I thought a fast car, and that was a style race track that I felt like is more of the direction of a 1.5-miles. I look at that and I’m encouraged.

“And I have confidence, like I said, that when things are good, I think we can compete with whomever.”

Harvick: Winning a Cup title today "is a much different style"

NASCAR turns once again to Darlington to 'reset' its season