A path towards the championship has now opened for Chase Elliott

Chase Elliott suddenly finds himself in a very enviable position in the NASCAR Cup Series playoffs – one that could pay off handsomely. 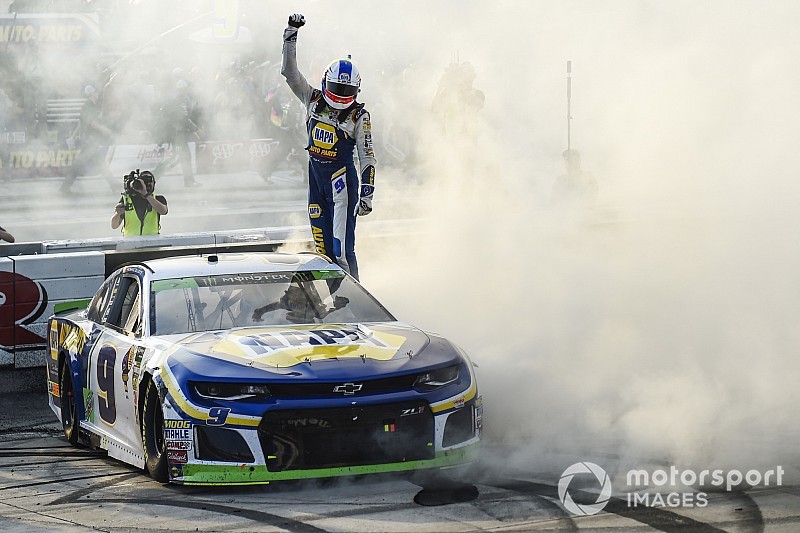 Elliott’s win in overtime in Sunday’s race at Dover (Del.) International Speedway is his second this season. While his first career victory two months ago at Watkins Glen (N.Y.) International was a welcome relief, Sunday’s win sets Elliott up nicely in the playoffs.

He is now locked into the Round of 8, regardless of where he finishes the next two weeks at Talladega and Kansas.

While multiple-time race winners like Kevin Harvick, Kyle Busch, Martin Truex Jr. and Brad Keselowski must worry about getting strong finishes the next weeks, Elliott can focus on building up more playoff points.

"No reason why" Elliott can't be a title threat

While he may not have the wins as the others, Elliott, 22, sees no reason his No. 9 Hendrick Motorsports team can’t reach the Championship 4 at Homestead.

“There’s no reason at all we can’t make a run at this deal,” Elliott said. “I thought we made a great run at it last year. Personally, I felt like we went way further than anybody expected us to, a couple laps away from going to Homestead.

“No reason why we can’t do that this year and give those guys a run.”

Elliott began this season still searching for his first career win. He’s picked up two in the past two months and can now see a path toward a first series championship.

“I think we’re positioned well. But as you saw today, anything can happen at any point in time,” he said. “The points are so close, and the speed of the cars are so close, it’s just a really volatile situation.

“I think we’re in as good a position – I don’t want to say as anybody. Probably (Harvick and Busch) with all the stage points they have, (they’re) probably in slightly better shape than us.

“But I think we’re in pretty good shape.”

Still, Elliott doesn’t plan to squander the opportunity to put himself in an even better position with strong performances the next two weeks.

“I think it’s nice to be able to know you’re going to move on, but you can’t get complacent in the fact that you are moving on, and you can’t let those points just sit out there and not try to go get them,” he said.

“Those bonus points you get for winning or winning a stage or winning a race or whatever, that’s huge, and you need as many as you can get. One or two points could be the difference in you making the (Championship 4) or not.”