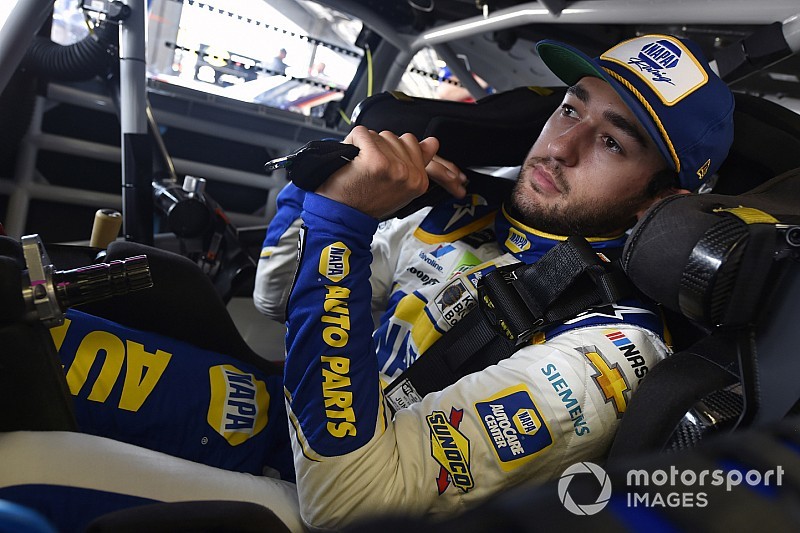 In the final minutes of Saturday’s final practice session, Elliott jumped to the top of the speed chart with an average lap of 126.901 mph – nearly a mile-and-a-half faster than second-place Martin Truex Jr. (125.418 mph).

Elliott picked up his first career Cup Series victory last year with his win at Watkins Glen, holding off Truex.

“We had our time to do that in between here and wherever we went after that, and we did it and had plenty of it. It’s out of my system and it’s time to come back and try to run good. I feel like we had an OK first practice, but we have some work to do.

“I think it’s just dialing things in and it’s tough. Everybody is really close.”

Kyle Busch had the best average lap speed (124.535 mph) among the drivers who ran at least 10 consecutive laps. Hamlin and Ryan Blaney were second and third, respectively, in that category.