Chase Elliott on performance gains: "This is a war not a battle" 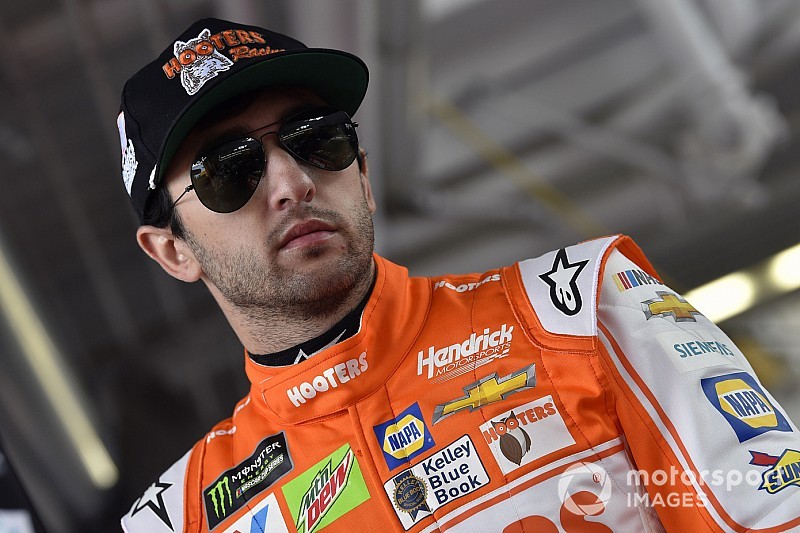 Hendrick Motorsports drivers appeared to take a step forward at Las Vegas but it seems clear contending for wins will not come easy.

Last week at Atlanta, Alex Bowman was the highest finishing HMS driver, coming in 15th. He and William Byron (17th) were the only two who finished on the lead lap. Elliott ended up a lap down and 19th and Jimmie Johnson finished 24th and two laps down.

None of the four were in contention to win Sunday’s Pennzoil 400 but there was a significant uptick in performance.

“I mean as a whole we ran inside the top 10 the majority of the day and ultimately finished inside the top 10, which is nice. Yeah, a lot better than last week and a step in the right direction,” Elliott said after the race.

“We just have to keep that going. This is a war not a battle, so we have to think about getting better for 38 weeks and we’ve got 35 left. So, better keep pushing and hopefully take another chunk like we did this week next week.”

HMS made some solid gains by the end of last season, including Elliott winning three races (two in the NASCAR playoffs).

Some of those gains, however, that may have been offset by the adaption of new aero rules in the Cup series this year that feature less horsepower, more downforce and larger rear spoilers. At Vegas, the package also included front air ducts.

Hopes were raised in Friday’s qualifying sessions for Sunday’s race, with three of the four HMS drivers advancing to the final round and starting the race in the top 12.

Elliott said the biggest help for him in Sunday’s race would have been to get his No. 9 Chevrolet better at the end of the race.

“Definitely a lot better than last week,” he said. “That run there at the end was one of our worst of the day, I thought, which is never a good way to end it. So, just needed to finish a little stronger and I think we could have been maybe a few spots better.

“I don’t think we had anything to win, but could have maybe grabbed a few more spots there. Really important to have track position and hard to pass at times.

“You had to be really good and really think about your passes to get them done. The really fast guys could do it, so it’s not impossible, but definitely have to think through that a little bit.”

On 25th anniversary, Kyle Petty Charity Ride will be longest yet