Chase Elliott on missed win opportunity: "Your only option is to move on"

Chase Elliott gets hounded by concerns he is too hard on himself but the Sprint Cup Series rookie said his only choice is to “move on” following a missed opportunity at a victory last weekend at Michigan. 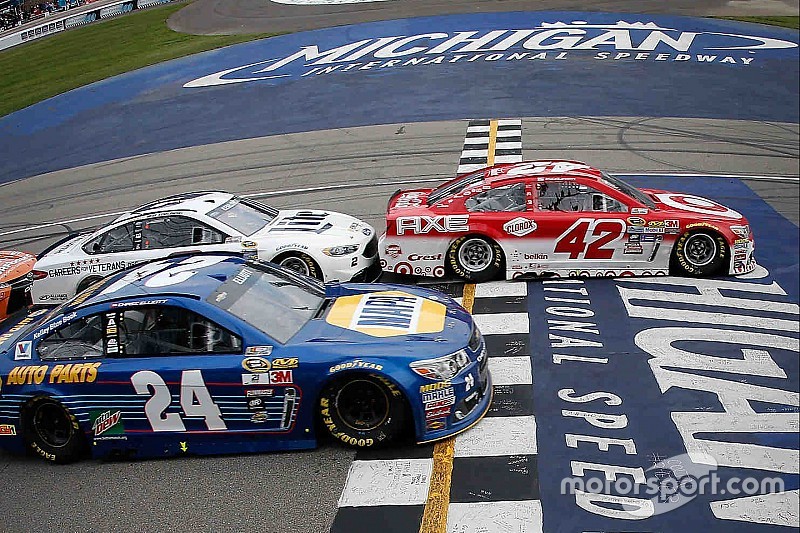 Elliott, 20, lost the lead on a late restart last Sunday which allowed Kyle Larson to move into the lead and hang on for his first career series win.

As he crossed the finish line, Elliott said over his team radio, “I’m so sorry guys. My fault again.”

In his relatively brief NASCAR career, fans have expressed concern as Elliott appears too hard on himself after missed opportunities but that’s not how he sees it.

“Everybody is entitled to their opinion and I think everybody has their own way of going about their business. I have mine just like you have yours and everybody does,” Elliott said Saturday at Darlington (S.C.) Raceway.

Still without a win this season, Elliott still has a chance to make the 16-driver championship Chase based on points, which leaves plenty to race for in the final two races before the Chase begins.

Putting Michigan behind him

Asked if he has re-watched the end of last week’s race, Elliott said, “I mean I saw it live and in person for me. So, no I haven’t gone and watched the closing laps of last week. I saw what happened and like I said, I got to see it firsthand.

“For me I definitely put it behind me. It’s done and over with and as I told Claire (B. Lang, SiriusXM NASCAR Radio reporter) on the phone the other night, we don’t have the ability to rewind time. Your only option is to move on and get on down the road.”

Elliott said he was pleased with improvement for Hendrick Motorsports in general last weekend, which leaves him excited about Sunday night’s race at Darlington.

“I think that is something that is positive for all of us to look at,” he said. “We’ve just got to see that and look at that side of things and try to bring as much of that as we can to this weekend and try to make it go forward.”