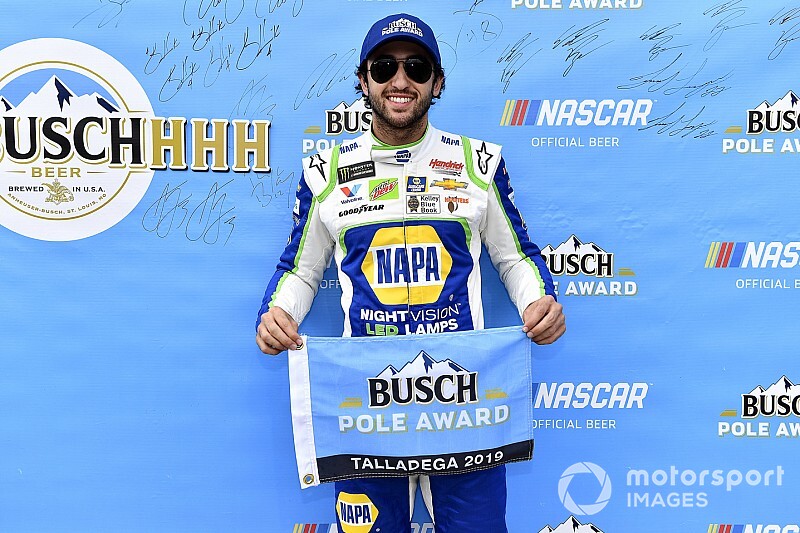 Chase Elliott’s average lap speed of 192.707 mph led the way on Saturday and handed him the pole for Sunday’s 1000Bulbs.com at Talladega (Ala.) Superspeedway.

“We had a really fast (car) there. It was really faster than I was expecting it to be today, which is nice," said Elliott, who won the spring race at Talladega. "Alan (Gustafson, crew chief) and our team do such a good job at these places; really, Hendrick, as a whole, and our body shop and our engine shop doing the job that they do coming to these places and have fast race cars and really, it’s kind of on them.

"I’m really proud of the effort. It was a tough week last week, obviously, so it’s just nice to come back and get a pole. Obviously, it’s a long race and anything can happen. So, we’ve got to take advantage of a good pit pick and we’ll go to work from there and see what happens.”

The pole is his fourth this season, eighth of his career and fifth on a superspeedway.

His three HMS teammates will fill the first two rows of the field.

The four Hendrick drivers also posted the four fastest speeds in qualifying for the season opening Daytona 500, when Byron won the pole.

Before Denny Hamlin could complete his first qualifying lap, he pulled off the track and took his No. 11 Toyota directly to the garage.

After an evaluation by his team, Hamlin said the engine blew. Either way, he will start Sunday’s race from the rear of the field.