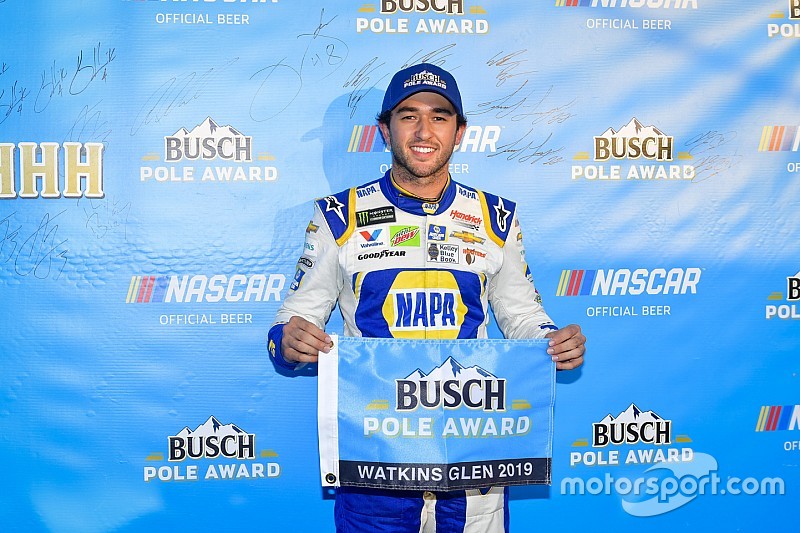 Trying for a repeat victory, Chase Elliott will start in the best position possible Sunday at Watkins Glen (N.Y.) International.

Elliott earned his first career win in the Monster Energy NASCAR Cup Series last season at the Glen and will start on the pole for Sunday’s Go Bowling at The Glen as he attempts his second consecutive win at the road course.

Elliott was fastest in both qualifying sessions, topping the final 10-minute session with an average lap speed of 127.297 mph.

The pole is Elliott’s third this season and seventh of his career. It’s his first pole at a road course.

“In practice it was so hard to tell but today I felt like throughout practice we were able to have decent pace for a handful of laps and I felt like we needed to work on our long-run pace,” Elliott said.

“Obviously, that’s the biggest question going into tomorrow. It’s really important to have long-run speed. Qualifying well is a big thing here. It’s going to be a hard thing to do to pass those top five or six guys, so to be among that crowd is key.

“Having a nice pit road selection to pit somewhere by yourself and try to eliminate as many mistakes as possible is the goal. We just need to have a really good day.”

Elliott led the way in the first 15-minute session with an average lap speed of 126.720 mph.

Also advancing to the final round were Keselowski, Kurt Busch, Johnson, Larson, McDowell, Stenhouse and Almirola.

Erik Jones went out early in the session but blew a tire on his first run and his No. 20 Toyota came to a stop on the track.

NASCAR allowed Jones’ team to change a tire and he made another qualifying attempt later in the session and ended up 14th.