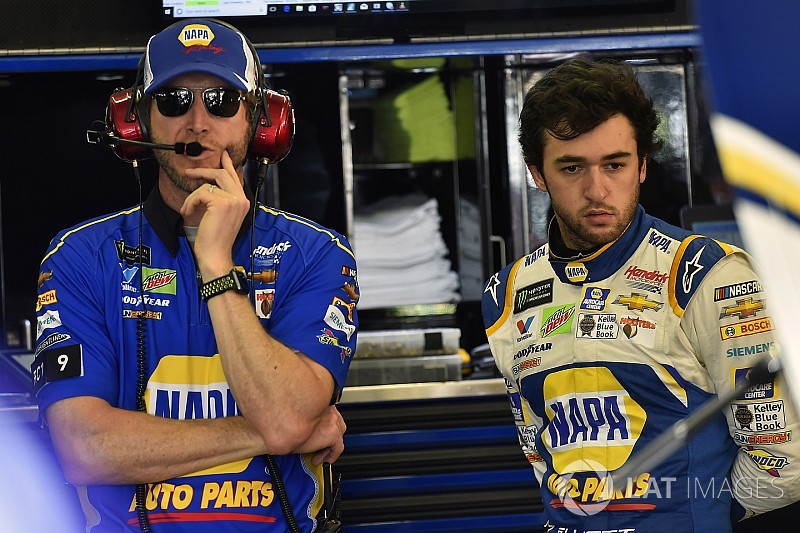 A 10th-place finish wasn’t what the Dawsonville, Georgia native had hoped for at his home track.

Still, at 22, Elliott was the youngest driver to finish in the top 10 and the only Hendrick Motorsports driver to do so.

“Yeah, definitely not very good,” Elliott said. “We have a lot of work to do. I felt like we made the most of what we had tonight.”

Elliott was the only Hendrick car on the lead lap after 325 circuits. William Byron finished two laps down in 18th. Alex Bowman was 20th, three laps off of the pace. Jimmie Johnson, who leads all active competitors at Atlanta Motor Speedway with five wins, blew a right-front tire on Lap 159 after he had been lapped twice during the course of the race. He finished 27th, three laps down, and is currently 35th in the Monster Energy NASCAR Cup standings after finishing 38th in the Daytona 500.

Although Elliott finished eighth in his 2016 Atlanta Cup debut and fifth last season, he didn’t have a lot of confidence in his car when the No. 9 NAPA Chevy unloaded on Friday.

“I think we knew we were struggling,” Elliott said. “I think we have an idea of what we need--just a matter of getting there.”

Hendrick is still acclimating to the new Camaro ZL1, introduced this season. The only other Chevy in the top 10 was Kyle Larson's in ninth. Hendrick also features two new full-time drivers with Byron, a rookie, and Bowman. But after the unpredictability of Daytona, where Bowman’s 17th-place finish was the best of the HMS cars, the organization had hoped for better results at Atlanta.

“We have a lot of work to do,” Elliott said. “Fighting to stay on the lead lap is not where you want to be. We'll go to work... and great job by our NAPA team today to salvage what we could.

“I don’t know how much more we really could have got there, maybe a spot or two there at the end. But I felt like we did a pretty good job making the most of what we had.”