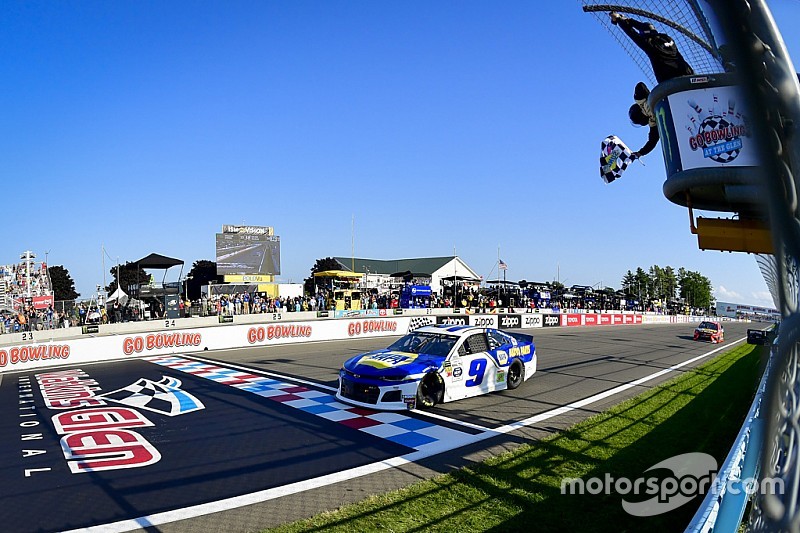 Chase Elliott was already in the 2019 NASCAR Cup Series playoffs but Sunday’s win at Watkins Glen provided an important reminder he could well be a serious title contender.

Elliott, 23, won early in the 2019 season to lock in his playoff berth, winning the spring race at Talladega (Ala.) Superspeedway.

However, the summer months have not been kind to Elliott and his No. 9 Hendrick Motorsports team. In the seven races prior to Sunday, Elliott had an average finish of 26.4 and had finished 29th or worse four times.

It was not a surprise if fans had begun to doubt whether Elliott could be a factor when the playoffs kick off next month.

“The past month-and-a-half has been awful,” Elliott said. “We’ve had fast cars at times. It wasn’t just a complete lack of speed. But one thing or another ended up for a bad weekend.”

The Elliott and the No. 9 rolled into Watkins Glen (N.Y.) International this past weekend and took no prisoners.

Elliott was fastest in final practice on Saturday, then won the pole in qualifying Saturday evening. In Sunday’s race, he won the first two stages and led 80 of 90 laps on his way to out-dueling Martin Truex Jr. for the victory.

“We’ve never had a weekend like that in my career – showing up, qualifying on the pole and leading the most laps and win the race,” Elliott said. “That’s the kind of weekend you want to have.

“That’s the kind of team and the kind of effort you have to put on occasionally and often to compete with the guys that you’re going to have to beat in this deal.”

Getting back to the performances that the No. 9 is capable of was crew chief Alan Gustafson’s primary goal heading into the Glen.

“The biggest thing I wanted to do this weekend is perform to the potential to the team and the car and get back on track, and certainly we did that in style, which was fantastic,” he said. “We needed to get out of that rut to get back on track and get focused on competing and improving and get some confidence back.

“It couldn’t come at a better time, and certainly these things come and go. It happens to everybody, I think, and you can use those last weeks that we had to kind of reflect on what we could do better and improve, and I feel like we’ve done that.

“So, all in all, (the last several weeks) certainly hurt us in the points, but I think it’s probably going to make our team a bit stronger.”

“I think Chase has shown that he can win at any track. He’s really good with equipment, doesn’t tear up anything. I think if we can get the car good enough for Chase, he can win a championship, and he can win it this year,” Hendrick said.

“So, we’ll just have to keep tuning on the car and giving him good stuff like they did (Sunday). He’s just so smooth, so good, reminds me a lot of his dad. Knows when to race, doesn’t wreck a car, but he can be aggressive when he needs to.

“I think Chase is going to be a contender for a lot of years to come.”

DiBenedetto admits "I'm fighting for my life" after WGI top-ten

Purdue University and Big Ten to back Brian Moates in 2000