© 2021 Motorsport Network. All rights reserved.
TV Buy tickets Store
Previous / Honda “would jump at chance” to enter NASCAR if it “makes sense” Next / Can Harvick make it three 'clutch moments' in a row at Texas?
NASCAR Cup / Breaking news

Chevrolet will compete in the NASCAR Cup Series next season with an updated version of its Camaro ZL1, which debuted with the 2018 campaign. 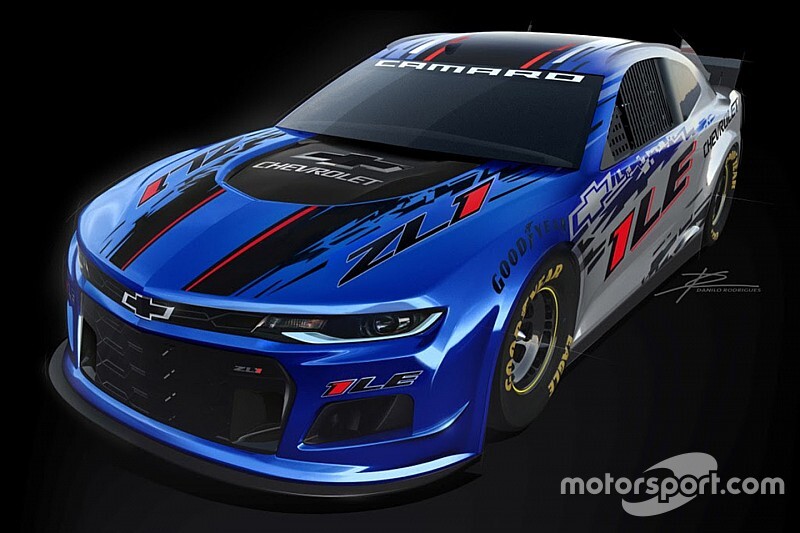 The manufacturer announced Thursday that its teams in the Cup Series in 2020 will field the Camaro ZL1 1LE, which it calls the “fastest, most track-capable production Camaro ever.”

“The ZL1 1LE is the highest performer within the Camaro production-car lineup,” said Jim Campbell, Chevrolet’s U.S. vice president of Performance and Motorsports. “We took lessons from the production car and applied them to the new 2020 Cup car.”

The Camaro's highly-anticipated arrival to the NASCAR Cup Series racing got off to rousing start as it won the pole for the 2018 season-opening Daytona 500, which was followed by a win in the event one week later. However, Chevy only earned three other victories last season, all coming from Hendrick Motorsports driver Chase Elliott.

So far this season, the Camaro ZL1 has produced seven wins, led by three more from Elliott and one each from Kurt Busch, Kyle Larson, Alex Bowman and Justin Haley.

Larson and Elliott continue to compete in the 2019 NASCAR playoffs.

The Camaro ZL1 1LE debuted on-track and in the showroom in the late 1980s for the third-gen Camaro. Fourth- and fifth-gen Camaros also featured 1LE.

The current production Camaro ZL1 1LE – with its lighter wheels and dampers, thinner rear glass and a fixed-back rear seat – sheds more than a 50-pounds than a standard ZL1 Coupe and is powered by a 650-horsepower, supercharged LT4 engine.

Chevrolet has won a record 39 NASCAR manufacturer championships – including 13 consecutive titles from 2003-2015. In addition, Chevrolet drivers have achieved a record 31 driver championships, including Jimmie Johnson’s record-tying seventh in 2016.

Can Harvick make it three 'clutch moments' in a row at Texas?