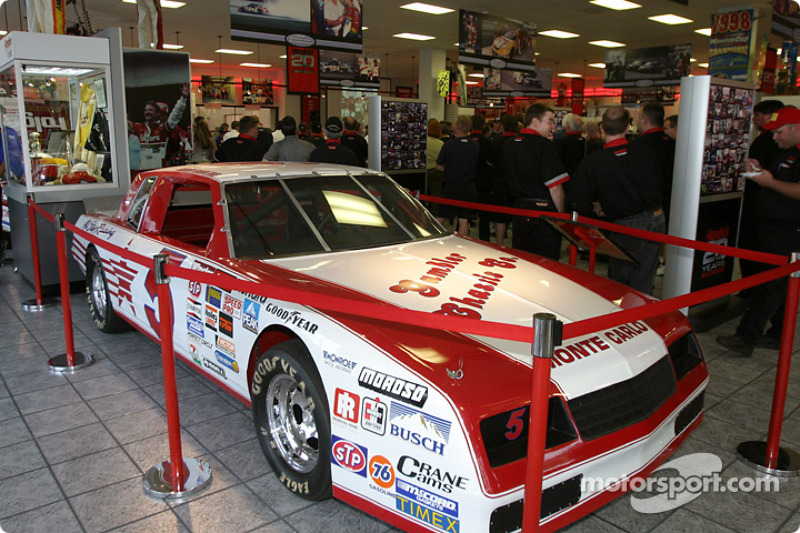 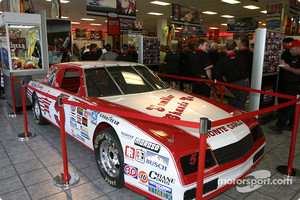 Hendrick Motorsports: Geoff Bodine's car on display in the museum

During the past three decades, Hendrick Motorsports drivers have piloted the Chevrolet brand to Victory Lane at Martinsville Speedway 21 times. Geoff Bodine, Darrell Waltrip, Jeff Gordon and Jimmie Johnson all have earned the prestigious Grandfather Clock trophy from NASCAR’s oldest track. Gordon and Johnson, both Chevrolet NASCAR Sprint Cup Series drivers for the entirety of their careers, currently hold the record for most victories by active drivers at Martinsville Speedway with eight wins.

“We are extremely proud of our partnership with Rick and the Hendrick Motorsports organization,” said Jim Campbell, U.S. Vice President, Performance Vehicles and Motorsports. “Rick’s success over the past three decades is the result of his passion, persistence and emphasis on teamwork to get the job done. As a result, Hendrick Motorsports has 272 wins and 14 NASCAR Owner Championships - all with Chevrolet. As a key partner and respected friend, we congratulate Rick and Hendrick Motorsports on 30 great years of racing and winning.”

Together Chevrolet and Hendrick Motorsports look forward to continued success in the NASCAR Sprint Cup Series not only at Martinsville Speedway where all the trips to victory lane began, but at all the others along the way.