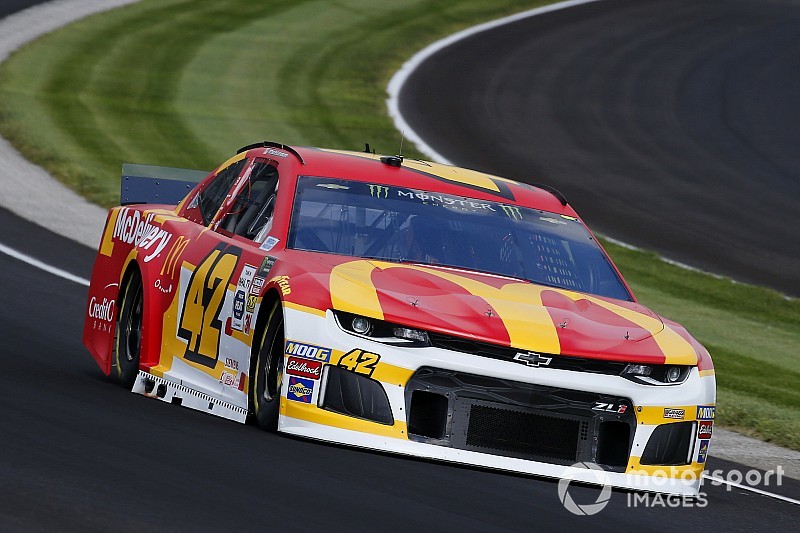 Late in the 50-minute session, Larson jumped to the top of the leaderboard with an average lap speed of 185.025 mph.

In five series starts at Indy, Larson’s best finish was fifth in 2016.

Johnson is trying to keep his streak alive of participating in every NASCAR playoff since the format was adapted in the 2004 season. He trails the 16th-place cutoff line by 18 points with only Sunday’s Brickyard 400 remaining in the regular season.

About 11 minutes into the session, a caution was displayed for a piece of debris located in Turn 2. The session returned to green several minutes later.

Matt DiBenedetto had to sit out the final 15 minutes of the practice session as part of a penalty for twice failing pre-race inspection last weekend at Darlington (S.C.) Raceway.

Erik Jones to remain at Joe Gibbs Racing next season