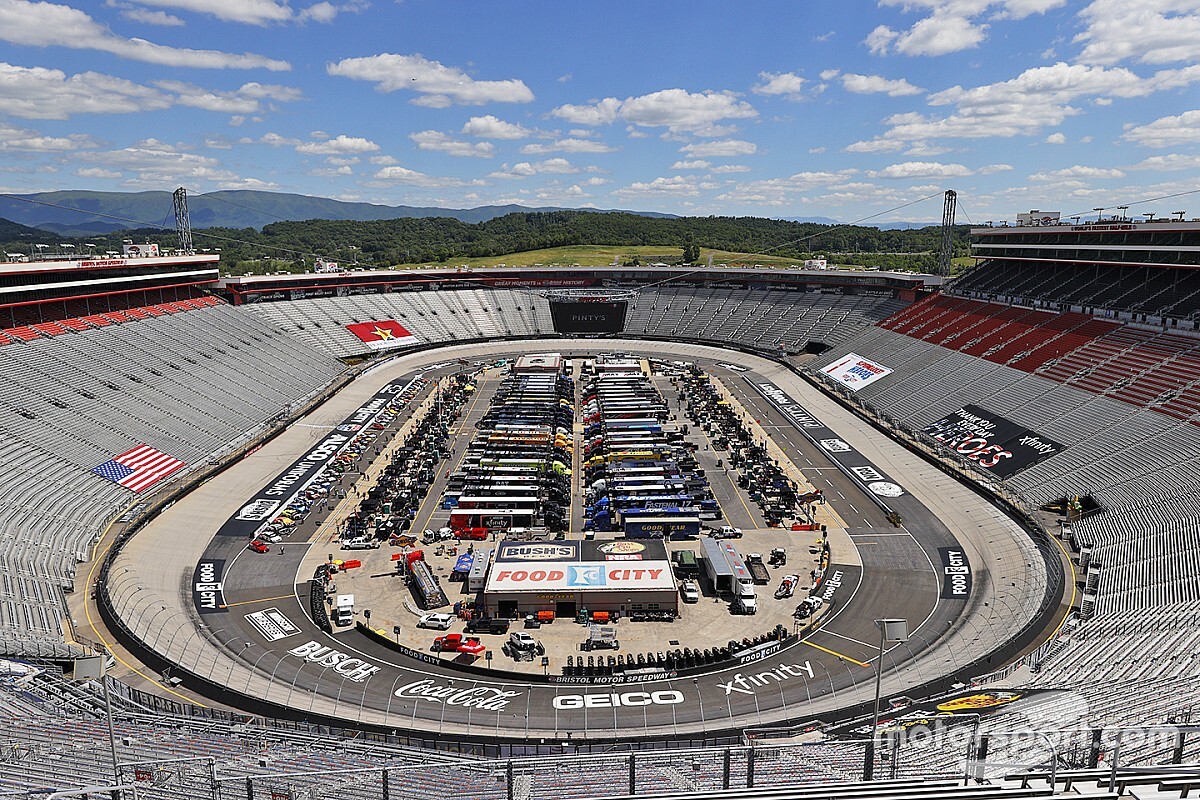 Since NASCAR’s return to racing, there have been several on-track incidents which likely would have brought crowds to their feet.

There was Kyle Busch wrecking Chase Elliott in the final laps of a Cup race at Darlington, robbing him of an opportunity at a victory.

Then there was Elliott holding off a furious charge from Busch to win the Truck race at Charlotte last week, collecting a $100,000 bounty for ending Busch’s winning streak.

And then Sunday, Elliott started a wreck with Logano – who had just passed him for the race lead with two laps to go – ending both drivers’ chance at victory at Bristol (Tenn.) Motor Speedway.

Each of those occasions would normally draw a raucous response from race fans but under the current COVID-19 pandemic, they were met by silence from the grandstands.

The only way NASCAR racing could return as quickly as it did two weeks ago was to hold events without fans.

Clint Bowyer, who fell into a runner-up finish Sunday thanks to the Elliott-Logano incident, said the absence of fans was especially felt this weekend at Bristol.

“It’s starting to bother me,” Bowyer said Sunday night. “We’re starting to see other racing, people in the stands, everything else. This is such a special place.

“You’re starting to see racing going on with fans in the stands, (with) social distancing, stuff like that. A place like Bristol – honestly, it’s the first time I really felt like, ‘Man, it’s empty.’ Kind of felt that empty feeling where even racing out there, you can feel the vibe.”

In recent weeks, some states have relaxed their stay-at-home restrictions enough to allow spectator events with limited capacity.

However, NASCAR’s first eight events since its restart have been held in South Carolina, North Carolina and Tennessee, all states where large spectator events are not yet permitted.

NASCAR currently has a schedule of races planned out through June 21, none of which allow for fan attendance.

Where most participants just seemed happy to be able to compete when NASCAR first started back, Bowyer said something seems to be missing racing just in front of a TV audience.

“That deal with (Elliott) and (Logano), you get out of the car right there and this place would have been standing on end. It would have erupted,” he said. “Without that, it’s kind of like, ‘Well, I guess we’ll go home.’

“I’m ready to have fans back is what I’m saying. I think it’s time.