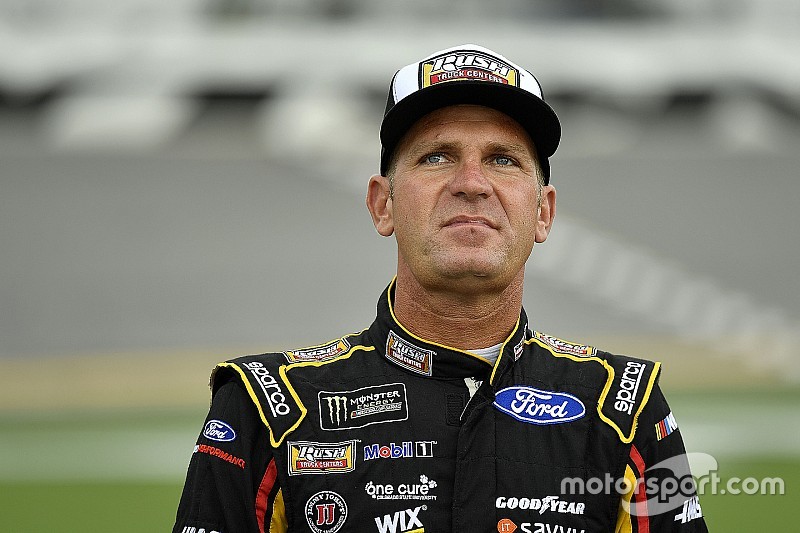 Clint Bowyer was not happy following Saturday night's 400-miler at Kansas Speedway, despite a top-five result.

Coming to the white flag, Clint Bowyer had a strong run on the outside but found his way blocked by Erik Jones. Jones then blocked Bowyer up the track and the Stewart-Haas Racing driver was forced to lift in order to avoid a wreck.

"It's just what are you going to do, turn him right in front of the field and hurt him?" a frustrated Bowyer told Fox Sports 1. "I mean, he puts you in a bad situation and I lifted for him and it cost me three spots right there. We should have finished second. Everybody knows that. That was dumb on his part.

"I guess that’s what he wants, to wreck in front of the field. When you’ve got a run like that, you just don’’t move up. I should have just wrecked him I guess ... God that pissed me off."

As is usually the case, there were two sides to this story and Jones defended the move.

However, he could also understand Bowyer's frustrations, saying, “I’d be mad if I was him, but it’s just racing. I’ve been blocked a lot, especially with this package and I haven’t done a lot of blocking, so you have to get aggressive and fight for every position. That’s all I was doing at the end of the race. We were taking the white flag and you’re going for it. It’s unfortunate. You don’t want people upset, but feelings are going to get hurt and you’ll move on and we’ll be fine next week.”

Alex Bowman second again at Kansas: 'This one hurts'