Clint Bowyer on new aero rules: "We're all in this together" 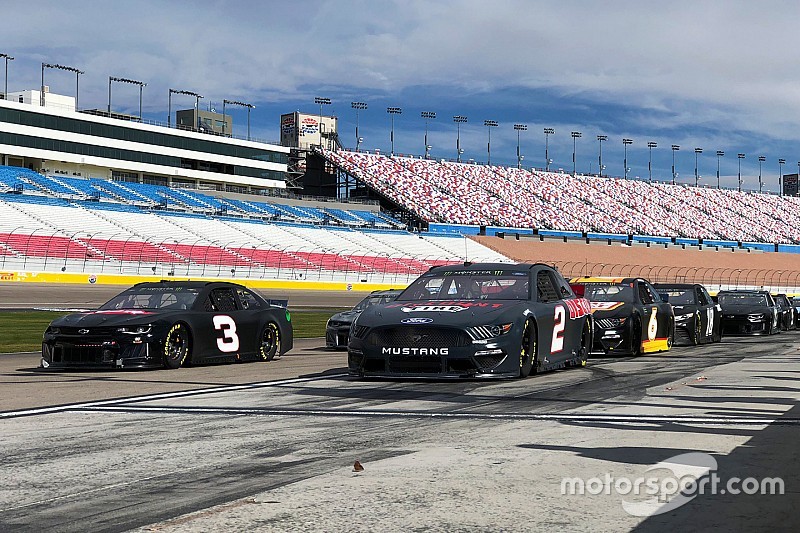 Testing in NASCAR is typically a selfish endeavor, a driver and team working to make their car the fastest it can be. Las Vegas this week is a different story.

The two-day test at Las Vegas Motor Speedway got underway Thursday with the attention of both fans and the sport’s participants fixated on how a new aero package would change the racing product.

This week’s test is the first utilizing all aspects of the new package and with more than just a handful of cars (14 organizations sent one team each).

In addition to plenty of time for single-car runs, at least five 25-lap “drafting sessions” were scheduled, where all of the test participants would compete in race-like conditions.

“We’re all trying hard. We all have high expectations for these changes that we’re doing,” said driver Clint Bowyer, following Thursday’s first draft session. “These aren’t just changes made to be changing. “We all trying to make this sport better for our fans and everybody involved.

“Collectively, we as a group need to put ourselves in situations that we know we will be in the race to see how these cars react.”

The first draft session saw the field for remain fairly bunched together and some teams that have typically been among the fastest still gravitated to the front – drivers such as Brad Keselowski, Kyle Busch and Bowyer. Jimmie Johnson also appeared to have some good speed.

Different drivers took turns dropping back in the field to see how their respective cars operated in the pack as well as determining whether they could make it back to the front.

There was mixed success, with some cars able to make several moves through the field but finding it difficult to get around the leader.

That was not unexpected, Bowyer said.

“It’s going to take some time. There are a lot of different things you can do to adjust the drag on the cars,” he said. “A lot of people were going to have a preconceived notion of what they were going to see today.

“That’s the hardest part about a test, to set yourself up for what people think they are going to see. Even for us, we took a shot at it there and there will be a few more that will go out there and do the exact same thing or go the opposite direction.

“The cars seemed to handle well. Obviously, there was a lot of wide-open throttle time, which we knew going in. It’s going to be a work in progress to see how you balance that drag versus downforce and the risk versus the reward.”

Bowyer said there was another visible sign this week’s test was of significant importance for the sport.

“It’s the first test I’ve been to in a long time that I’ve seen some ‘brass’ out here to get a first-hand look and an opinion on what’s going on,” Bowyer said. “We’re all in this together.”