Is a 600-mile race still a tradition worth keeping in NASCAR?

Many NASCAR traditions have gone to the wayside over the years but should the annual 600-mile race in the Monster Energy Cup Series be the next on the hit list? 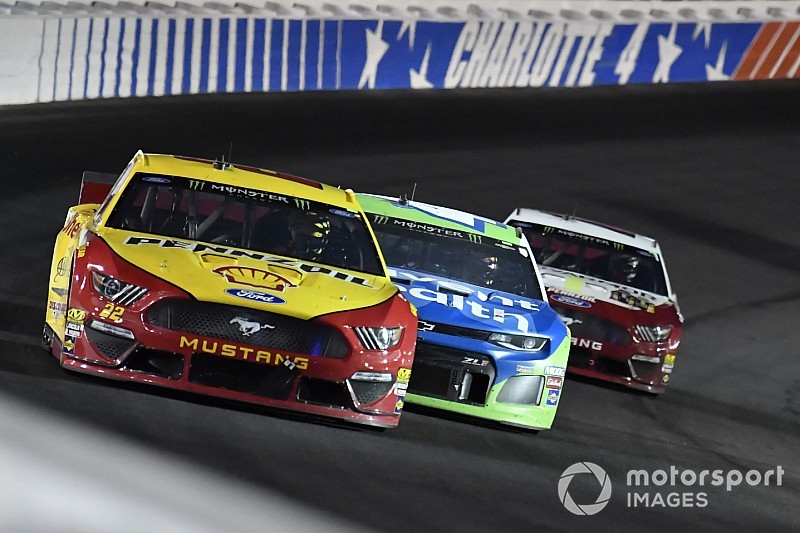 Among drivers there seems a consensus there is still a place in the Cup series for an endurance-style race such as the annual Coca-Cola 600 at Charlotte Motor Speedway, although Denny Hamlin is not among them.

“The sport doesn’t ‘need’ any particular thing. I don’t think that anything is totally necessary,” Hamlin said. “If the race was 300 miles, you’re going to have the same, I believe, core group watch the race and possibly even more that are interested because it’s not five hours long.”

When asked what traditions he does like, Hamlin was incredulous.

“Tradition, ‘shmadition.’ It’s whatever. All sports adapt and change,” he said. “I hate it when people say, ‘Well, that’s the way it always was.’ Things are different. I’d be just as happy with a Coke 300 trophy as a Coke 600 to be honest with you.

“I’m for whatever, but I certainly know that from my friends, they choose to come All-Star week and not 600 week because it’s just too long and they don’t want to sit here for five hours.”

A test of man and machine

It’s certainly true the original intent of the 600-mile race was a billing of the ultimate test of man and machine in stock car racing.

Time and technology have made the tires, engines and the car virtually indestructible outside of freak accidents.

What’s left then is a more grueling test of the driver over 600 miles and the ability of a team’s pit crew to make repeated near-perfect pit stops.

“That’s the crazy thing is when all the different challenges come because of the length of that race, a lot of different things – attrition with your equipment, attrition with your team, communication, any kind of weak link in the chain and you’re out,” said Clint Bowyer, who won the pole for last weekend’s All-Star Race.

“That’s why I feel it’s important to have at least one of those long races. I’ve always said it. I’m all for a 24-hour race in our sport. I think it would be totally cool.”

Kevin Harvick has clearly been a driver open to many of NASCAR’s recent changes and is quite willing to challenge “how things have always been done.”

Still, he believes an annual 600-mile race is something NASCAR should continue to support.

“I think as you look at the Coke 600 and you look at the Daytona 500 and the Southern 500, anything past that I would probably say you need to shorten your race,” he said. “Honestly, it’s a crown jewel race. It’s close to home.  Everybody puts a lot of effort into it.

“Some other drivers would probably argue the fact with me that we don’t need a 600-mile race, but it’s tradition. I think you keep some of those that have been the longer ones that have meant more to our sport over the years like the Daytona 500, the Brickyard 400, the Coca-Cola 600, the Southern 500.

“Those probably could stay the length that they are and many of the others could probably change.”