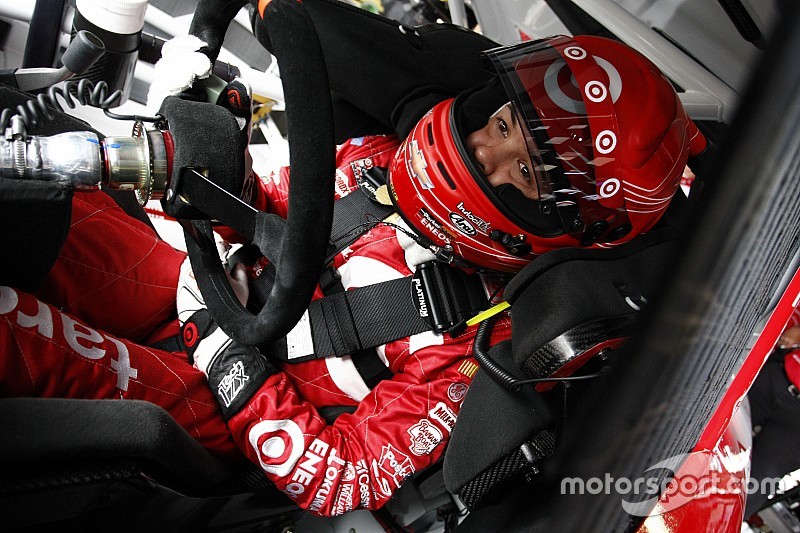 Several drivers tamed the Monster Mile -- and they weren't the usual suspects.

Dover brought out the best in some of Sprint Cup’s forgotten teams.

However, many of the drivers that finished in the top 10 at the Monster Mile have not been regulars among those ranks this season.

Kyle Larson — Although Larson failed to make the Chase for the Sprint Cup last season, with his three top fives and six top 10 finishes in the final 10 races of 2014, the No.42 Target team was expected to take off this year. That hasn’t happened. His third-place finish on Sunday was Larson’s first top-five of the season.

While some competitors have struggled with the new aero package, that hasn't been an issue for Larson. The Chip Ganassi racer feels most of his issues stem from underneath the hood.

“The horsepower sucks for everybody,” Larson told motorsport.com. “Everybody in the garage doesn’t like it. I hope NASCAR is thinking about giving us back what we had last year or doing something that allows us to have at least more horsepower.”

Larson, 22, continues to look for the positives this season— including his son Owen, who was born in December. The driver says being a new father has not been a distraction where his day job is concerned, quite the contrary.

“It’s nice,” Larson said. “When you run bad, you can go home and it takes your mind off of racing. So I think it’s been good to have a baby. Still, I’m probably getting more sleep than I did back then. I like it and I think me and Katelyn do a good job with him.”

And speaking of good jobs, Larson was encouraged by his third-place qualifying effort at Dover — also the best effort by his team in 2015.

When you run bad, it makes everybody work harder which is the positive to not running great.

“When you run bad, it makes everybody work harder which is the positive to not running great,” Larson said. “We’ll keep working hard to make our cars better and start running up front some more.”

Aric Almirola — The No. 43 Richard Petty Motorsports team is enjoying a solid season after Almirola qualified for the Chase last season — his first playoff berth in his third full season in Cup.

Despite RPM moving its shop in the off-season, Almirola is 10th in the point standings and 14th on the Chase grid. His fifth-place finish on Sunday at Dover was also the driver’s first top 10. Still, the team continues to show consistency. In 13 starts in 2015, Almirola has posted eight top 15 finishes.

Jamie McMurray — Like his Ganassi Racing teammate Kyle Larson, McMurray picked up the past considerably at the end of last year. In 2015, the No. 1 Chevy has been his or miss whether it’s a second-place finish at Phoenix or 40th in Atlanta.

McMurray’s seventh-place finish at Dover was his first top 10 since he finished fourth at Richmond in April. Currently, he’s 82 points behind Martin Truex Jr. — the winless driver ahead of him on the Chase grid — and appears destined for the playoffs. Still, McMurray he’ll have to pick up the pace if he wants to transfer beyond the first round in the Chase.

Paul Menard — Traditionally Menard comes out of the gate strong and then fades before summer begins. This season he’s scored to top fives in the first 10 races, three top 10s overall, including his eighth-place finish at Dover. Menard has averaged a 15.5-place finish and led one lap — at Texas, before his engine puked on the next circuit.

Although Menard is currently 12th in the point standings, the No. 27 Chevy 15th on the Chase grid and three points ahead of his Richard Childress Racing teammate Ryan Newman. Menard has never qualified for the Chase. His sole Cup win came at Indianapolis — one of the remaining 13 races before the playoff. With drivers such as Martin Truex Jr., McMurray, Kasey Kahne and Jeff Gordon ahead of him on the Chase grid, it will likely take a victory for Menard to make the cut.

Clint Bowyer — Bowyer’s ninth-place finish at Dover was just his third top 10 in 2015. If there’s a positive to his season, its that Bowyer has been running at the finish of every race. He’s completed all but eight laps in the No. 15 Toyota this year, but his average finish of 18.6 hardly puts him in a category with other elite teams in the garage.

It’s hard to believe that Bowyer, once considered a Chase regular, has not won a race since 2012 at Charlotte in the fall. But the Michael Waltrip Racing equipment has not been on par with its Toyota counterparts at Joe Gibbs Racing. Perhaps Bowyer will find a way to use the momentum from his Dover result to propel him through the tough summer stretch.

By the numbers: The fight to make NASCAR's postseason