February 18, 2001 is NASCAR’s darkest day. At 17:16 Eastern Time, it was the moment that the sport lost one of its greatest and revered drivers of all time: Dale Earnhardt.

The seven-time NASCAR Cup champion, known as the fearless ‘Intimidator’, died at the age of 49 after his famed #3 Richard Childress Racing Chevrolet Monte Carlo crashed at Turn 4 on the last lap of the Daytona 500. His own team’s cars, driven by good friend Michael Waltrip and his son Dale Earnhardt Jr, finished 1-2 on a day that should have been filled with great joy.

Instead, it’s remembered as a day of tragedy. 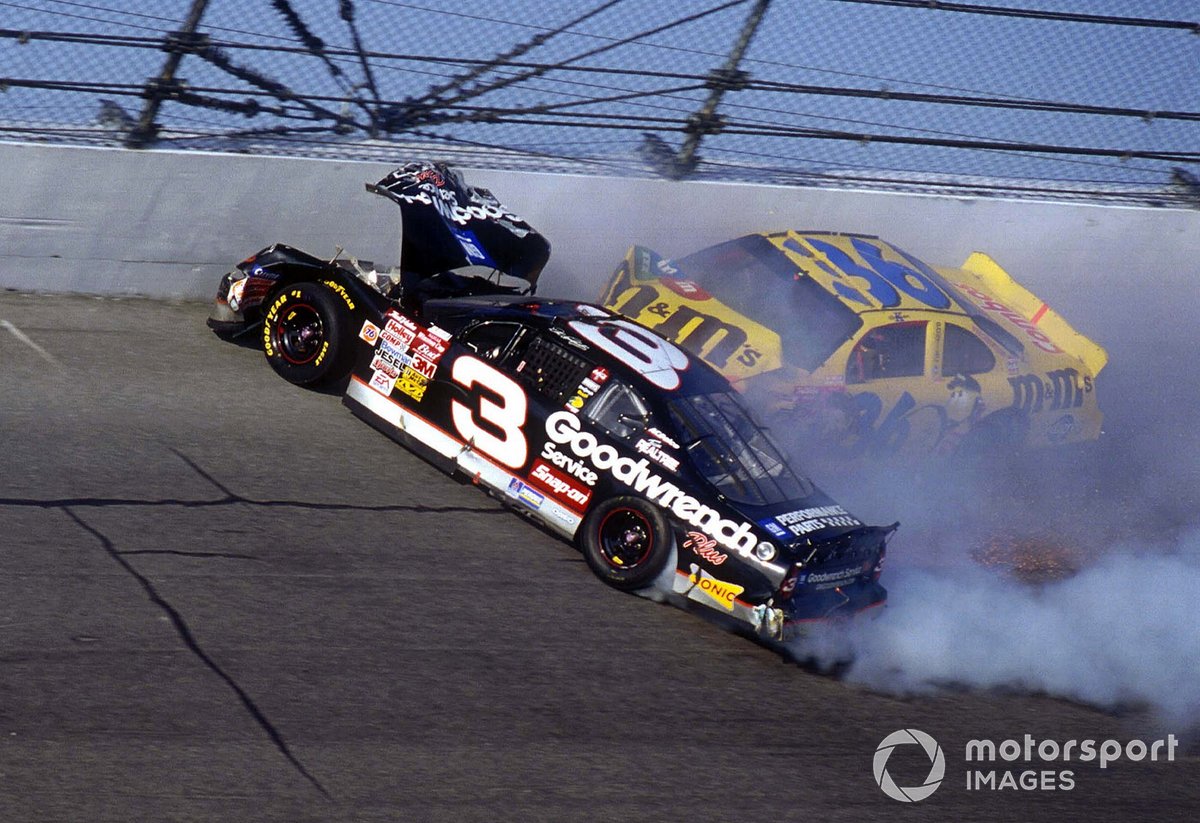 What happened in Earnhardt’s fatal crash?

Earnhardt was playing rear gunner to his Dale Earnhardt, Inc. team cars as they raced around the final lap of the race, to block any late runs from the chasing pack. As the cars tore through Turns 3 and 4 on that fateful final lap, Earnhardt maintained the strong-arm tactics that were the trademark of his persona.

As he threw his final block, Earnhardt’s left-rear corner tagged Sterling Marlin’s right-front fender, getting his car loose. Earnhardt battled for control, his car clipping the apron, unsettling it still further, and so it began to spin clockwise, moving up the track and across the bows of the closely-following Rusty Wallace and Ken Schrader.

His right-rear corner was struck by Schrader’s left-front, which crucially accentuated the angle of Earnhardt’s car before it nosed hard into the unprotected concrete.

Although it appeared to be a ‘regular’ NASCAR crash at the time, the impact at this angle was devastating for the occupant. As his and Schrader’s cars spun down the track in unison, Earnhardt’s right-rear wheel parted company – an indicator of the violence that had shaken through the vehicle.

Schrader, whose car hit the wall adjacent to Earnhardt at much the same speed but at a far shallower angle, was completely unhurt. Medical crews were on the scene moments later but, despite their best efforts, there was little to be done but transfer Earnhardt to the ambulance and directly to the nearby Halifax Medical Center, where he was later pronounced dead. 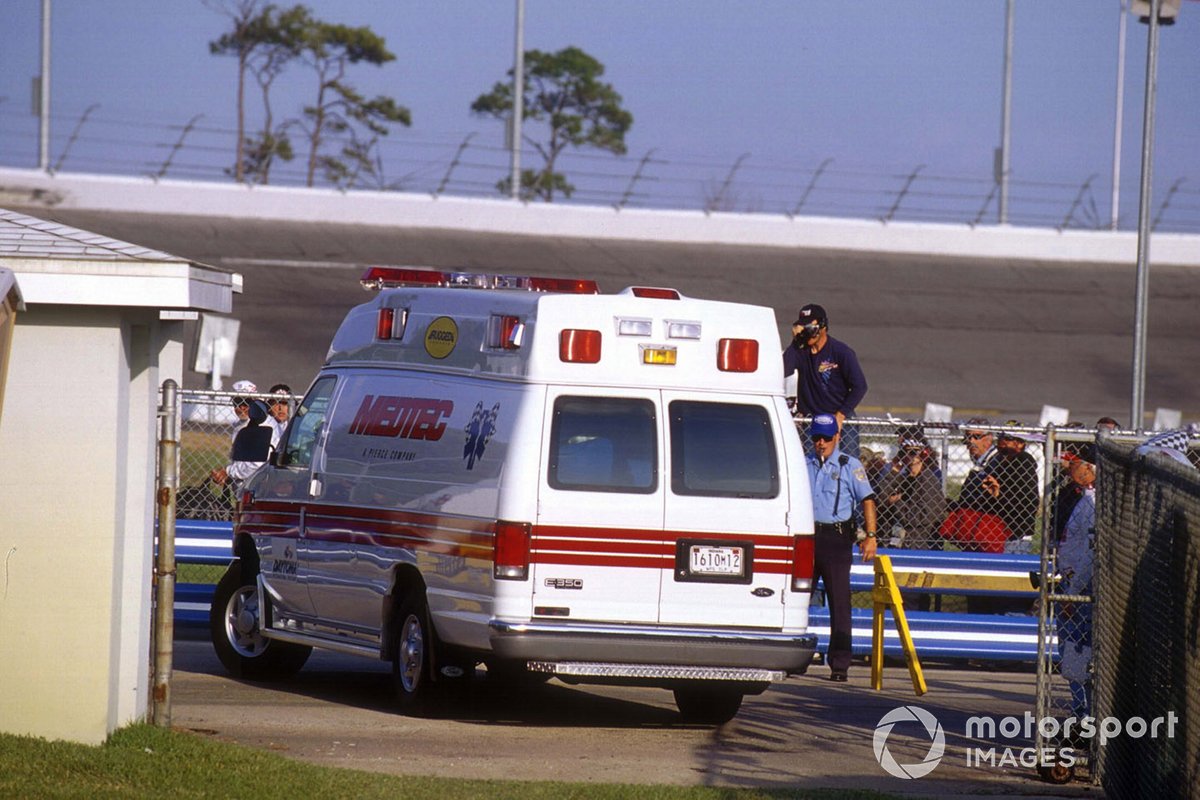 Dale Earnhardt ambulance after his crash

Earnhardt died of a basilar skull ring fracture, the same injury that had killed three other NASCAR drivers – Adam Petty, Kenny Irwin and Tony Roper – over the previous eight months. Johns Hopkins Medicine describes this injury as “the most serious type of skull fracture, and involves a break in the bone at the base of the skull”. It often leads to major bleeding in that area. Other racing drivers to be killed by a similar injury were Roland Ratzenberger (F1), Blaine Johnson (NHRA drag racing), Blaise Alexander (ARCA stock cars) and Gonzalo Rodriguez (IndyCar).

The injury is caused by: impact to the chin, jaw and face; impact to the head anteriorly, posteriorly or laterally; impact near the top of the head; and inertial head loading, in which the spine and neck muscles are called upon to stop the moving head.

NASCAR’s crash report, published in August 2001, stated: “Dale Earnhardt's death was most likely caused by a blow to the back of the head not from one single cause but from a combination of unusual factors. These included the uncommon severity and trajectory of the car's impact with the wall, an immediately prior collision with [Schrader’s] car that put him out of position and a separation of the left lap belt under load that allowed greater motion within the car.”

Earnhardt’s left-side lap belt had separated in the impact, allowing his body to twist forward and to the right inside the car. His autopsy revealed the underside of his chin had impacted the steering wheel, and he’d suffered a second blow to the back of his head, as he rebounded from the impact back into his seat, which displayed scuff marks on the head-surround area.

Earnhardt’s open-faced helmet had rotated forwards when he hit the wall, exposing the back of his skull. He shunned any head and neck safety restraint, unlike some of the drivers in the field that day. 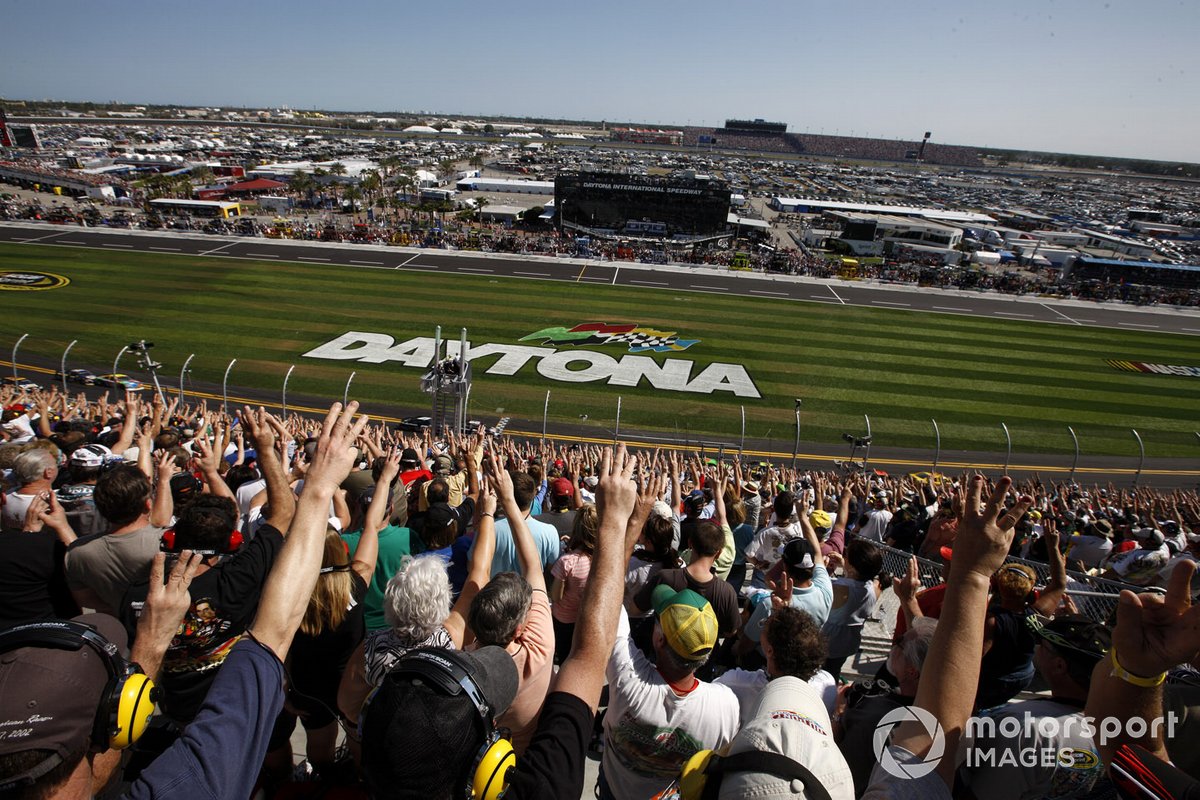 What was the reaction to Earnhardt’s death?

Earnhardt’s former rival Darrell Waltrip was calling the race for Fox Sports, which was broadcasting the Daytona 500 for the first time. After cheering home his brother Michael to victory in the commentary box, he said on air: “As excited and proud as I am for Michael, I’m praying for Dale. They’re still working down there.”

Fox showed replays of the crash in the live broadcast. As they played out, Waltrip added: “Those kind of licks are the worst kind; they’re sudden. I don’t like that, that’s the kind of crash that hurts you. The sudden stop is a driver’s worst nightmare.”

His brother Michael Waltrip, who was unaware and celebrating in Victory Lane, went on to release a film in 2019 about that day, Blink of an Eye. In it, he recalled: “I couldn’t wait for Dale to get to Victory Lane. I knew when he got there it would be the biggest hug ever. I was more excited about that hug than the trophy or the money. But that hug never came.

“Kenny Schrader came to Victory Lane and said, ‘I just want you to know that I saw Dale, and it ain’t… it ain’t good.’” 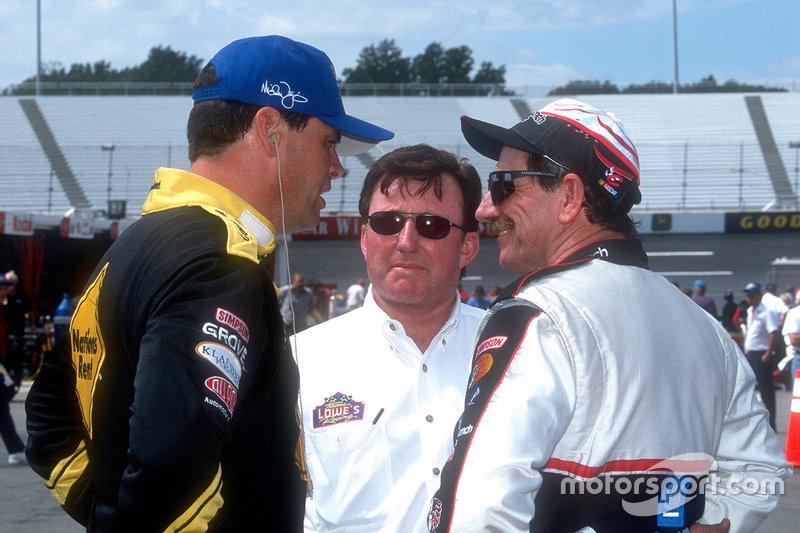 Earnhardt’s car owner and longtime best friend Richard Childress said: “I thought it was just another crash. I saw it on TV and it didn’t look that bad – just another tough crash. I hollered at Dale a couple of times [on the radio] and he didn’t answer back... which was a little unusual.”

Schrader, who was the first person to attend the crash scene, said that moment “will always stay with me” and has famously refused to divulge any details of what he saw inside Earnhardt’s car. However, in an interview 10 years after the crash, he did reveal: “I saw a friend in trouble. I didn't know for certain [that he was dead], but I would have bet. That sticks with you.”

Earnhardt’s son, Dale Jr, recalled what happened in hospital: “I walked right into Dad’s room. I knew right away when I saw him that it was just as bad as it could be. I turned around and walked back out of there and sat for 30 minutes in that hospital before they told us he was gone.” 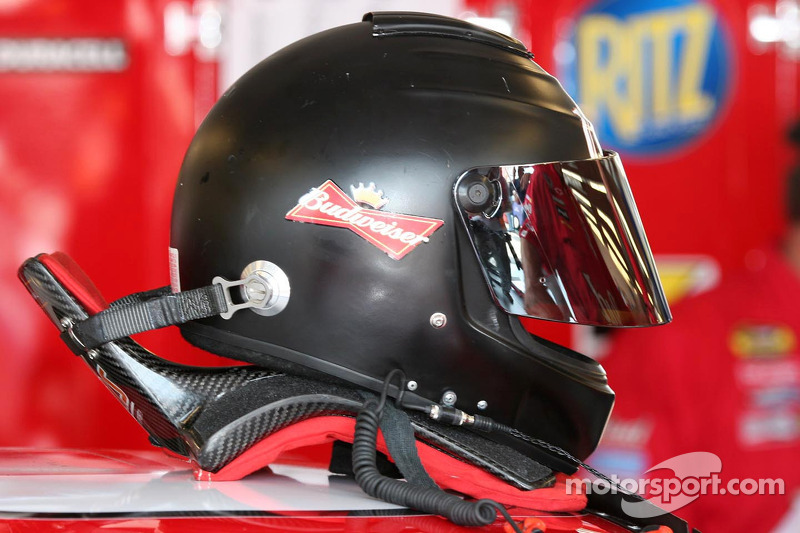 Dale Earnhardt Jr.'s HANS device is connected to his helmet

What was Earnhardt’s legacy in NASCAR?

Following a huge outpouring of grief from his legion of fans, the NASCAR industry made driver safety its number one priority. Once its extensive crash report was released – which included a number of investigation avenues and crash scenario re-enactments – it embarked on a number of projects that included the creation of an R&D Center in Concord, North Carolina.

It led to the adoption of head and neck restraints (such as the HANS device) and the SAFER barrier, which was developed in conjunction with IndyCar and the University of Nebraska. Seatbelt harnesses became 6-point in 2007 and today are 7- or 9-point along with an ‘All Belts to Seats’ system that was mandated in 2015.

Since Earnhardt’s death, and its subsequent safety drive, NASCAR has not suffered a fatality in its major leagues.

Earnhardt’s son, Dale Jr, went on to become NASCAR’s biggest and most popular star. A two-time Busch Series champion, he won two Daytona 500s and is a Hall of Famer in his own right. He called time on his 26-win Cup career in 2017, and successfully transitioned to a media career, both as a commentator with NBC and a host of his hugely successful podcast, The Dale Jr Download. 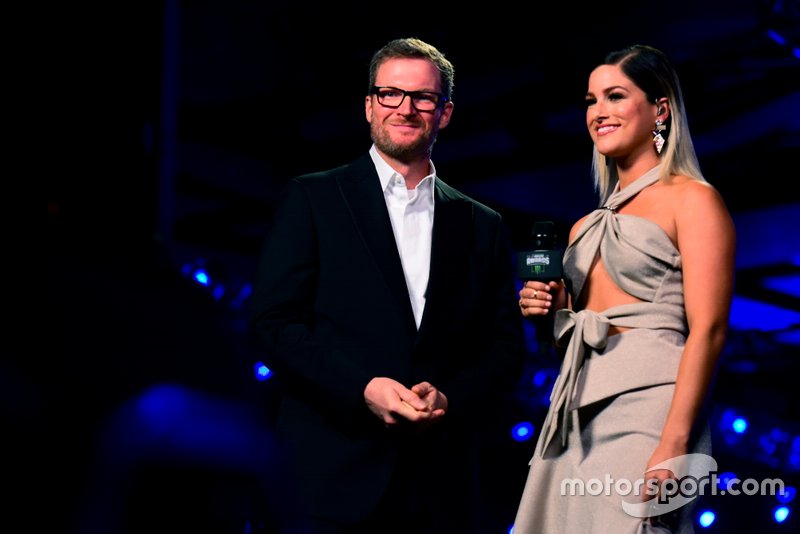