Dale Jr. - "I just wanted to make somebody proud" 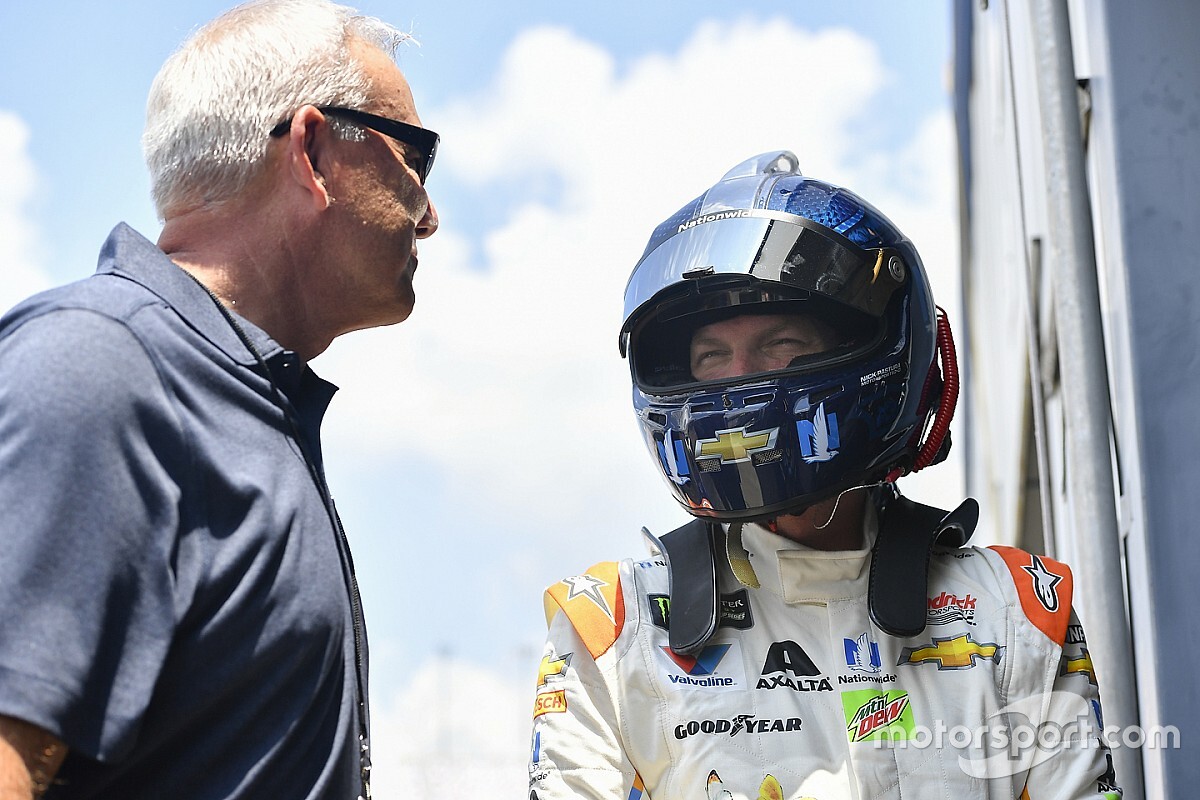 Dale Jarrett spoke with Dale Earnhardt Jr. on NBCSN's NASCAR America following news that he would join the NASCAR Hall of Fame in 2021, and the 15-time Most Popular Driver talked about his desire to make those around him proud throughout his career and even today.

Jarrett, the 1999 NASCAR Cup Series champion, was inducted into the Hall of Fame himself in 2014. He spoke about the weight placed on Earnhardt's shoulders following his legendary father's passing in the 2001 Daytona 500 and how he dealt with the immense pressure placed upon him in just his second full-time season at the Cup level.

"I wouldn't have survived any of that if it hadn't been for people like you," admitted Earnhardt. "And there was a lot of people in this industry that put their arm around me literally and figuratively and you were one of those people. I would turn and look over my shoulder and there you would be.

"I think the toughest part about all that has been, there's been some big moments in my life and even over the last couple of days and last couple of weeks with the country and what we've been going through as a country, or needing my dad. You know, needing his advice and his leadership."

Earnhardt, 45, will join Red Farmer and Mike Stefanik as part of the 2021 class. His father Dale Sr. was part of the inaugural class in 2010.

He continued on in his discussion with Jarrett, explaining how he was fixated on making those around him proud.

"I don't know how this happened but I sort of looked at you (Jarrett), and so many other people in our sport: Mike Helton, Winston Kelley, Bobby Labonte. I mean the list is so long; the who's who of NASCAR. I looked at all those people and instead of being able to try to make my dad proud in what I did on the race track or the next lap or the or at home or during an appearance or whatever ... I started trying to do that with you.

"I tried and wanted to make those people proud and that was what sort of unconsciously drove me in the direction I went. I just wanted to make somebody proud. I wanted somebody to come up to me and say, that was a good thing. And so, I appreciate that, that you were that person for me. You know, there's so many people that came in and out of my life during my career that helped me and kind of push me in the right direction ... I'm thankful for that.

"I still have that, even in broadcasting. I came into the broadcast booth as a rookie with some guys been in there a couple years and I had that with Jeff Burton. I never had that relationship with him on the racetrack but now in the broadcast booth, I want to make him glad that I'm there with him and proud of me. I want my boss, Sam Flood, I want him to be proud that he hired me, and I want him to be proud of what I do. And so, I still look for that in other people instead of my father and that's what I think is making me who I am today and who I have always been."

Excluding Earnhardt's off-track presence and popularity with the sport's fanbase, there's little argument that his racing record is not Hall of Fame worthy. His 26 wins at the Cup level have him tied with Fred Lorenzen, another member of the Hall. He is also just one of 12 drivers to win multiple Daytona 500s.

In the Xfinity Series, he won the championship twice and earned 26 race wins. That success has carried over into an ownership role with JR Motorsports winning nearly 50 NXS races and three driver's championships.

The voting panel agreed, and Dale Jr. led the way in the Modern Era ballot, securing 76% of the vote.

You can see the NASCAR America interview with Jarrett and Earnhardt below:

eNASCAR Heat Pro League heads to Iowa for Round 7