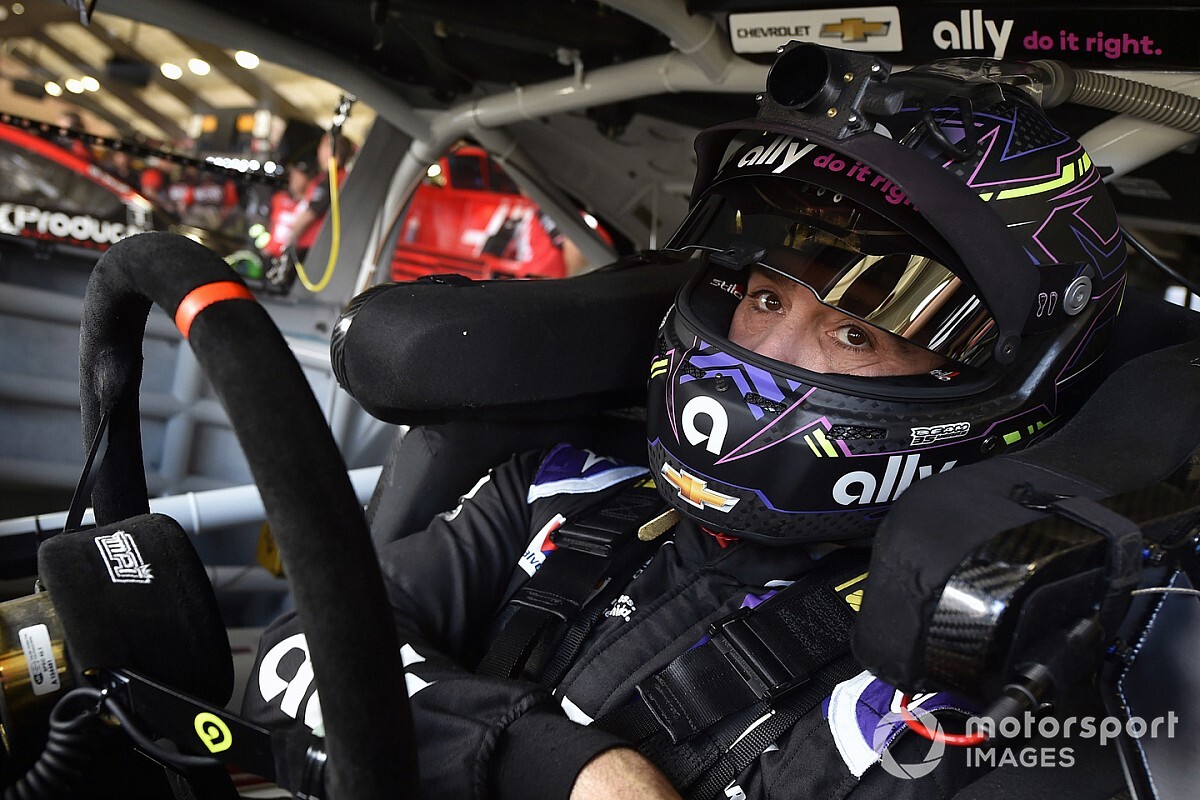 NASCAR racing superstar-turned-TV-analyst Dale Earnhardt Jr. says Jimmie Johnson can win races, and contend in this year’s Cup Series playoffs, if he can clean up his “mental mistakes”.

Johnson was within half a lap of winning Stage 1 on NASCAR’s racing return at Darlington Speedway, in the Real Heroes 400, when he crashed into the rear end of Chris Buescher’s Ford and spun his Hendrick Motorsports Chevy in the wall. After being checked over at the medical center, Johnson said: “Gosh, what I would do to get that corner back to do it over again.”

Speaking on NBC’s NASCAR America at Home show, Earnhardt believes seven-time champion Johnson just has to “dial it back a bit” to become a winner again. The last of Johnson’s 83 Cup race wins came at Dover in 2017.

He said: “If he can clean up those mental mistakes, dial it back a little bit, have faith in his car for the duration for the race and put races together, he’ll not only win races but have a real opportunity to play a role in the Playoffs later in the season.”

Fellow analyst, the former champion crew chief Steve Letarte, agreed with Junior’s standpoint and believes Johnson – who is in his final year of full-time Cup competition – is simply trying too hard.

“When you get a star that’s in a slump, they almost try too hard… that was Jimmie Johnson, trying too hard with one lap to go in a stage,” said Letarte. “He’s only won a handful of stages since stage racing has begun... Jimmie was the guy when we chased him that never made mistakes. You had to beat him. He didn’t beat himself.

“What I saw up until that mistake is a team and a driver that can win a race. The question has been, can he win a race in this final year? From what I saw, it would be, 'Yes'.”