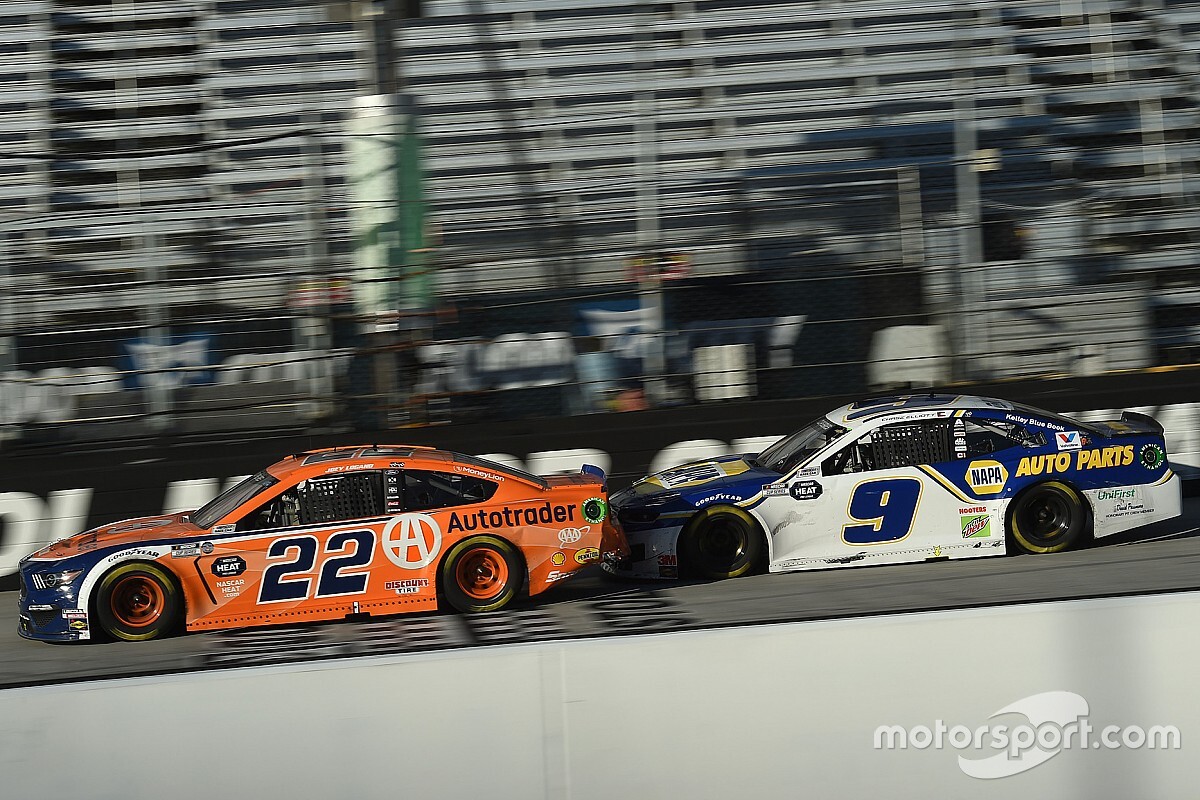 Earnhardt, who played his own starring role in Saturday’s Xfinity Series event on his annual race outing, told NBC Sports’ NASCAR America show on Monday that Logano knew exactly what he was doing when he baulked Elliott with 30 laps remaining in the Cup race. That allowed Denny Hamlin to pass and he went on to win the race from Elliott by less than a second.

After the race, Hamlin said that Logano was “very generous” to him but that Elliott has to “expect it” after he wrecked Logano at Bristol – after which Joey claimed he had to “force an apology” from him.

“Denny said it best, you kinda gotta expect it after what happened at Bristol,” said Earnhardt. “You know Joey’s past history with situations like this. He didn’t get in Chase’s way, he just didn’t allow him to clear at a critical moment coming off the corner. He knew that was going to put Chase in a tough situation.

“But you have to expect it; if you’re going to beat ’n’ bang and race hard with guys one week, you gotta expect to be raced hard and put in critical or difficult situations by that competitor in the next race, and even beyond.

“As a fan, and a broadcaster, I love it. I love seeing the drivers have these little rivalries and disagreements because it plays out really well on the racetrack. Joey didn’t stick him in the fence or do anything too egregious there, it was just coming off the corner, trying to lap him and it was just ‘I’m not going to let you have this spot easily’.”

Earnhardt’s co-presenter Jeff Burton – whose son Harrison beat Earnhardt on Saturday – believes Elliott only has himself to blame and should have cleared the air after the Bristol collision.

Burton said: “That whole thing might not have happened if Chase Elliott leaves his car at Bristol and goes to Joey and says he messed up. Sometimes it’s better to just go talk to somebody.”