Earnhardt Jr: My first season as a broadcaster was “memorable”

NASCAR superstar Dale Earnhardt Jr. says his first season in NASCAR as a TV commentator and not a fulltime driver has “just really delivered”. 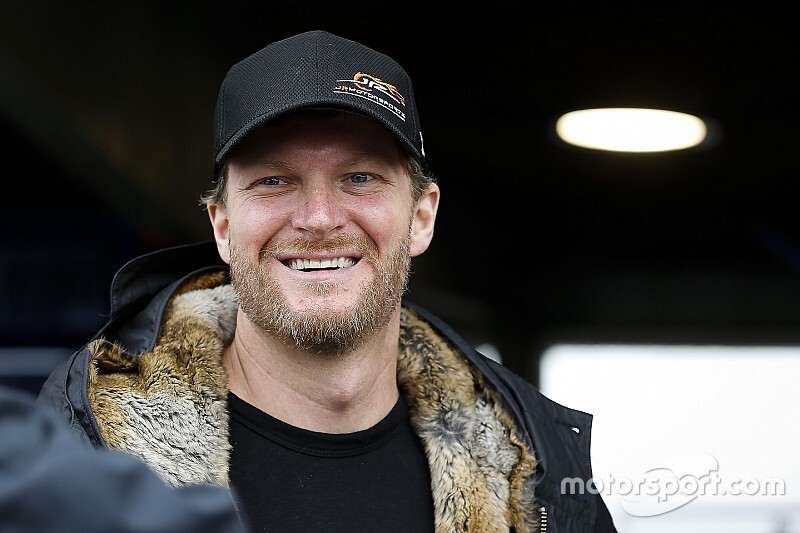 Speaking to reporters ahead of this weekend’s Championship finale at Homestead-Miami Speedway, Earnhardt Jr. says he can’t wait to discover who will be crowned NASCAR Monster Energy Cup Series champion.

“What a memorable season it’s been, my first as a broadcaster with NBC, and could have never imagined witnessing the action that we’ve seen so far the second half of this season,” he said. “All these races have been just tremendous, dramatic, exciting.

“Even last week at Phoenix was such a roller coaster for us in the booth, for obviously the drivers in the race. We couldn’t have predicted all the things that everybody ended up having to face throughout the day and how that all would play out.

“That’s kind of been the way this year has been from my vantage point. It’s just really delivered — the drivers have delivered — the drivers have really stepped up and gave us everything they’ve had, and I feel like we have really whittled this down to the best four teams, the best four drivers for this season, and there’s not really an underdog in this group, but there’s not a favorite, either.

“All these guys sort of measure up, and I can see either one of them winning this championship. That has me extremely impatient to get to Sunday and see what happens when the green flag finally drops.”

Earnhardt, who ran over 600 races in a 19-year NASCAR career before hanging up his helmet at the end of 2018, said that Aric Almirola’s near-miss at Phoenix came as the biggest shock of the playoffs so far.

“I think the big surprise for me was Aric Almirola and how close he came to getting into the Final Four, and that’s not saying as much about Aric as it was about how dramatic the whole playoff system has been, and particularly the Phoenix race,” he added. “So much happened in just that event to present him with an opportunity, but he was running well enough to be able to take it, to be able to seize it.

“This is a guy that hasn’t really been competitive over the last several years, hasn’t been in a competitive car, gets his first opportunity in a great car, and really maximized that opportunity and almost sitting here racing for a championship.”