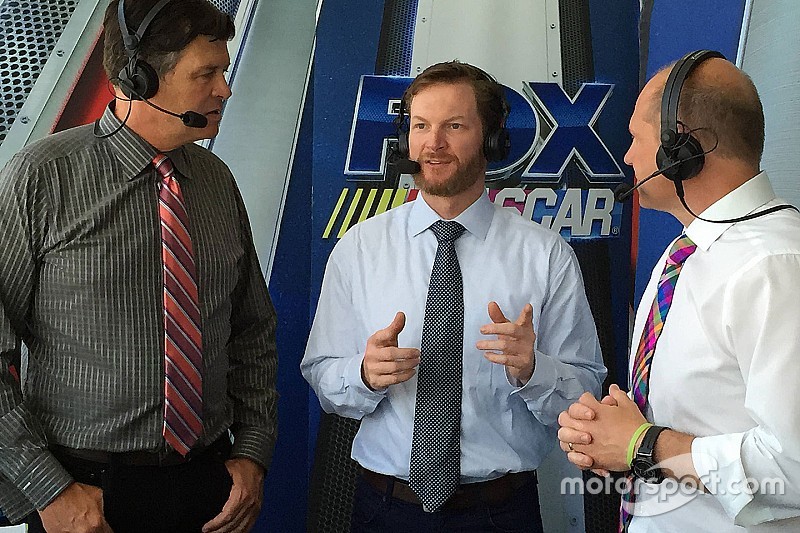 Dale Earnhardt Jr. may not be participating in the unofficial season-opening Clash at Daytona, but NASCAR fans they will get his take on the race.

Fox Sports announced Earnhardt is schedule to join its NASCAR TV booth as a guest driver analyst for Fox Sports 1’s live coverage of the event on Feb. 18.

“I’m looking forward to getting back into the FOX Sports booth for the Clash,” Earnhardt said in a statement. “I had a great experience last year and am sure it will be just as enjoyable this time around. It’s a fun challenge for me.”

Earnhardt missed most of the second half of last season while recovering from a concussion. His first race back is scheduled to be the Feb. 23 Duel at Daytona qualifying race, followed the Feb. 26 Daytona 500.

“We are tickled pink that Dale chose to be with us for the first event of the season before he climbs back in the car,” said Eric Shanks, Fox Sports President & COO.  “DW even said that if Dale is nice, he may let him do the ‘Boogity, Boogity, Boogity’ at the green flag to start the season off the right way.”

Manufacturer change anything but seamless for Harvick and SHR