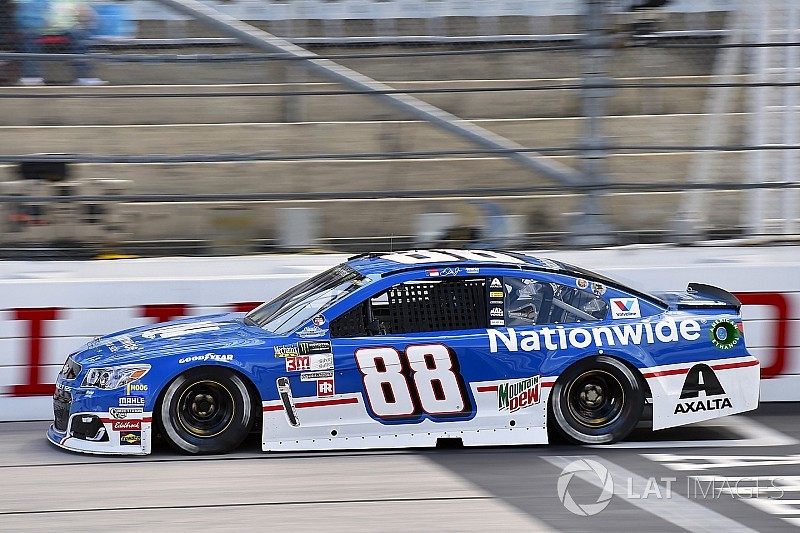 The typical penalty for such an infraction is a one-race suspension of the crew chief in addition to a monetary fine. HMS would have the opportunity to appeal, if it chose.

Earnhardt said he knew something was amiss with his right-rear tire on the green-flag run that ended the race.

“They pulled me over because I’ve got some loose lug nuts on the right-rear. Yeah, I mean when they saw, they picked right up on it,” he said on pit road after the race. “I had a really bad vibration that last run and there was a bunch of them loose on the right-rear.

“They must have just kind of had a screw up. It wasn’t intentional they wouldn’t leave two loose like that when they are not even tight up on the wheel. So, something must have happened on the pit stop because those guys have been great all night.”

Earnhardt finished 22nd in the race and is 22nd in the Monster Energy NASCAR Cup Series standings. The only way he will qualify for the playoffs is if he wins next weekend’s race at Richmond (Va.) Raceway.

Earnhardt announced earlier this season this would be his last as a full-time NASCAR competitor.

Truex just misses out on victory in "bittersweet" Southern 500