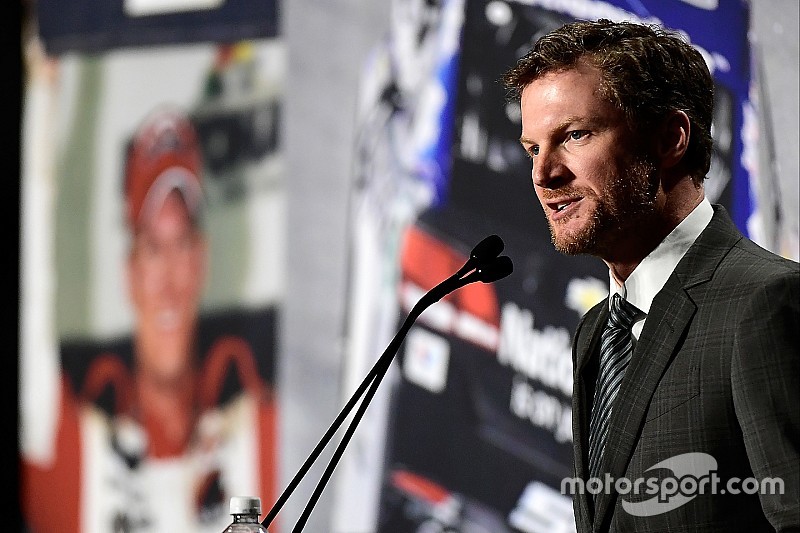 Dale Earnhardt Jr.’s broadcasting career with NBC Sports is going to get off to an early start.

NBC Sports announced Tuesday that Earnhardt will make his NBC debut as a contributor during Super Bowl LII on Feb. 4 and coverage of the XXIII Olympic Winter Games beginning on Feb. 8.

While in Minneapolis, Earnhardt will share his sense of adventure as he takes part in some of the outdoor events and activities taking place in town leading up to kickoff.

“I’m excited to get to work with my new NBC family. Beginning with two huge events like the Super Bowl and Olympics, right out of the gate, should be quite the introduction,” Earnhardt said in a statement.

“I’m looking forward to raising the profile of NASCAR, and all that we’re going to be doing during the 2018 season.”

Later in February, Earnhardt will travel to PyeongChang, where he will explore the culture, people, and traditions in South Korea, and experience Olympic competitions first hand.

He will visit the speed skating venue at Gangneung Ice Arena, and through the lens of a racer will view the speed, close contact, and tight turns on the short track speed skating oval, which so closely mirrors Earnhardt’s racing days and nights at Bristol Motor Speedway.

Following a recent invite on social media from his new friends on the U.S. bobsled team, including U.S. bobsled team pilot Nick Cunningham, Earnhardt will also travel to Alpensia Sliding Center, where he will test the true speed of the bobsled track and live out his post-retirement dream of riding in an Olympic bobsled.

“Dale is a star on the race track and off, and we are excited to have him join the NBC team. It will be fun to have him be a part of our coverage of the Super Bowl, and we are looking forward to watching him explore a new world with the Winter Olympics,” said Sam Flood, executive producer and president of production for NBC & NBC Sports Network.