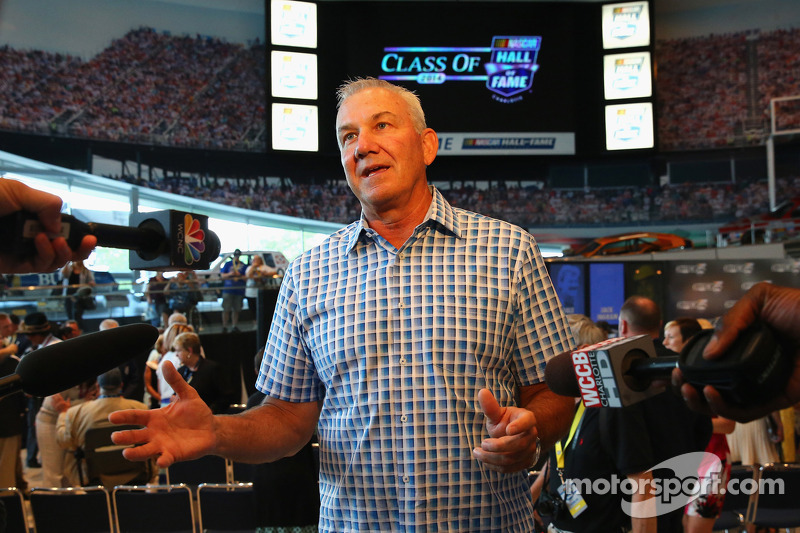 Dale Jarrett will finally be making his way into the NASCAR Hall of Fame.

Success often comes for those who wait.

That certainly can be said of Dale Jarrett, who didn’t reach the NASCAR Sprint Cup Series until age 30 and waited another four years for his first victory.

Jarrett, born Nov. 26, 1956, won 32 times – including at least one win every season between 1993 and 2003. He captured the first of three Daytona 500s in 1993, twice won the Brickyard 400 at Indianapolis Motor Speedway and also won Charlotte Motor Speedway’s Coca-Cola 600. Jarrett won three times at Darlington Raceway although the track’s historic Southern 500 eluded him. 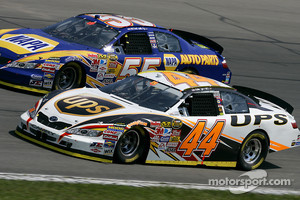 In all, Jarrett won races on 13 superspeedways and three short tracks. He also won 11 times in the NASCAR Nationwide Series where he finished no worse than sixth in the points standings in six full seasons of competition.

Jarrett never intended to follow in the tire tracks of his NASCAR Hall of Fame father Ned Jarrett, NASCAR’s premier series champion in 1961 and 1965. In fact, the younger Jarrett was headed for a golf scholarship at the University of South Carolina – and hopefully a PGA professional career – before the friends he hung out with in Hickory, N.C., built a stock car to race at the local NASCAR weekly track.

The group, which included future NASCAR Sprint Cup Series owner, championship crew chief and television analyst Andy Petree, had a car but no engine. Jarrett was able to buy one at a discount from a distant cousin of his mother, Martha. It also gave him the right to replace Petree in the driver’s seat.

“It was the first time he showed an interest in racing,” said the elder Jarrett, inducted into the NASCAR Hall of Fame in 2011. “Once he drove the thing in the first race that was it.”

Jarrett competed in the NASCAR Nationwide Series, along with his brother Glenn, now an MRN pit reporter and made his first premier series start in 1984 driving a Chevrolet for Emanuel Zervakis at Martinsville Speedway where he finished 14th. He took over Eric Freedlander’s Chevrolet in 1987 replacing Tommy Ellis but success was minimal. Two seasons with NASCAR Hall of Famer Cale Yarborough’s Pontiac team weren’t much better although Jarrett did collect two top-five finishes in 1989.

Neil Bonnett’s injury in 1990 opened up the seat in the fabled Wood Brothers’ No. 21 Ford. Jarrett finally broke through the following summer at Michigan International Speedway where his recorded margin of victory over Davey Allison – pre-electronic scoring – was listed at 10 inches. 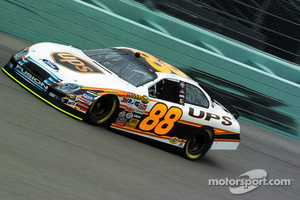 “The Michigan race that he won against Davey Allison is still one of the most exciting races to the checkered flag and one of my most memorable races,” said NASCAR Hall of Fame member Glen Wood.

Jarrett spent the next three seasons at Joe Gibbs Racing where he was paired with brother-in-law Jimmy Makar. Their Daytona 500 victory in 1993 was JGR’s first in the NASCAR Sprint Cup Series.

“I remember just being amazed that as a young organization trying to become established in a competitive sport like NASCAR, we were fortunate enough to land Jimmy Makar as our crew chief and Dale Jarrett as our driver,” Gibbs said. “Over the course of those first couple of seasons, we were really hoping for something special to help validate the work we were doing – especially to our sponsors. The win by Dale in the Daytona 500 was so special to us because it was our first win as an organization. I remember how excited we were, not only for JGR, but for Norm Miller and Interstate Batteries too, because like Dale, they took a big chance on us. The win really established us in the sport and we owe a lot to Dale.” Jarrett finished fourth in the season championship but left the team a year later.

He took the wheel of Robert Yates’ No. 28 Ford in 1995 as the replacement for the injured Ernie Irvan. Things did not immediately go well. In fact, Jarrett expected to be fired after what the owner termed a lackluster season – one win and a 13th-place points showing. But Yates added a second team and put Jarrett in the No. 88 car with crew chief Todd Parrott and the North Carolinian hit his stride winning 18 times over the next four seasons and never finishing outside the top three in the standings.

In his championship season, Jarrett took the points lead with a victory in the 11th race at Richmond and never gave it up. Four wins overall – including Indianapolis – and top-10 finishes in the season’s final eight races secured the championship.

“It’s one of the smartest decisions I’ve ever made,” said Yates of retaining Jarrett.

“He was one of those guys that would race you hard when it was time to race hard and when it was early in the race and it didn’t mean much, then he knew how to be patient,” said Stewart. “He raced you the way your raced him. If you learned to be patient and race him with respect, he would do the same.

“He was a great champion; he was a great winner and a great ambassador for this sport. He was one of the first guys [to congratulate me] when I won my first race at Richmond. He made you feel welcomed and you appreciated his friendship.”

Jarrett retired from competition in 2008 at the age of 51. He shares his father’s passion for broadcasting and currently is a NASCAR commentator for ESPN and ABC.

The Jarretts are the third father and son duo to be inducted into the NASCAR Hall of Fame joining Lee and Richard Petty and NASCAR founder Bill France Sr. and Bill France Jr., the organization’s late chairman.

“This is very, very meaningful to be written about in the same paragraph as the Pettys and the Frances,” said Ned Jarrett. “I felt Dale had the credentials to make it one day but I didn’t think it would be this early and I wasn’t sure I’d be here when it happened.”