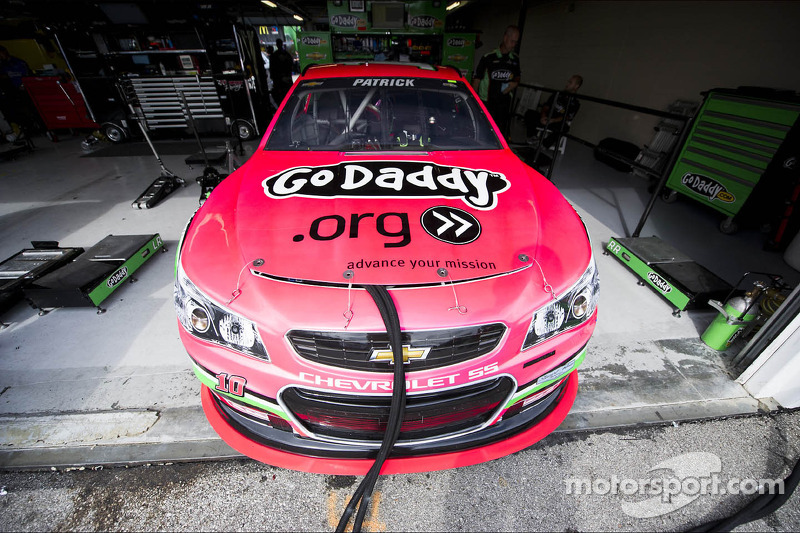 “I like Charlotte. It’s really nice for the crews because it’s a home race for them."

KANNAPOLIS, N.C. (Oct. 9, 2013) – Danica Patrick splits her time between Scottsdale, Ariz., Chicago and Charlotte, N.C., when not residing in her motorhome during one of the 38 race weekends that comprises the NASCAR Sprint Cup Series. 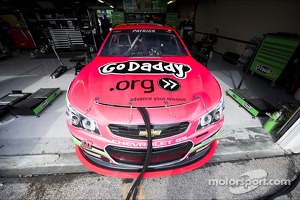 Even though she’s spent plenty of time in Charlotte this season, this week’s Bank of America 500 Sprint Cup race at Charlotte (N.C.) Motor Speedway isn’t exactly a “home” race for her like events at Phoenix International Raceway, Chicagoland Speedway in Joliet, Ill., or even Indianapolis Motor Speedway.

For her GoDaddy crew however, Charlotte is a home game and a valuable one at that. For, given that the race is scheduled for Saturday night, it will offer the rare chance for crewmembers to enjoy a short drive home and an entire Sunday away from the racing world.

While nearly all of Patrick’s crew resides in or around Charlotte, many of them also grew up there. All told, eight GoDaddy crewmembers were raised in North or South Carolina, so this week’s race is understandably more meaningful than others.

As was the case last weekend at Kansas Speedway in Kansas City, Patrick’s No. 10 GoDaddy Chevrolet for Stewart-Haas Racing (SHR) will be predominantly pink in support of October being Breast Cancer Awareness Month.

Following up on its $50,000 donation to the National Breast Cancer Foundation along with the Public Interest Registry, GoDaddy’s “Round-Up for Charity” lets customers round up their purchase to the nearest dollar with proceeds going to the foundation. GoDaddy is also donating a portion of proceeds from sales at Patrick’s merchandise trailer throughout the month of October.

This is your third Sprint Cup start at Charlotte. What are your thoughts on this weekend’s race?

“I like Charlotte. It’s really nice for the crews because it’s a home race for them. They get to sleep in their own bed and a lot of their family and friends are there. So you want to give them a good performance. It’s fun for me at Charlotte because a lot of the crews have young kids, so it’s fun to meet them and see them around the hauler during the race weekend. It’s just a bit of a different experience than a lot of the tracks we go to.”

The season is coming to a close. What are your thoughts as you enter the final six races?

“What enters my mind when I think about this season and it coming to an end is not that I want it to just get over with. I want it to end well, that’s all. Even if you can just have one or two good races at the end of a season where it’s been up and down and a lot of down, and especially being a rookie season, that’s a good way to end. I feel like we’ve made improvements through the year and I definitely learned a lot. But we started off a little behind and made improvements during the summer. And I feel like we’ve fallen a little bit behind again. It’s hard. The Sprint Cup Series is hard. Everybody is pushing and everybody works so much and so hard that it’s just difficult. That’s what makes it so gratifying when you do well.”

Your car is pink once again this weekend. Talk about GoDaddy’s efforts for Breast Cancer Awareness Month.

“GoDaddy has replaced the normal ‘GoDaddy Green’ color on my car with the color pink for the entire month of October, which is really cool. GoDaddy and the Public Interest Registry made a $50,000 donation to the National Breast Cancer Foundation, and their ‘Round-Up for Charity’ promotion lets customers round up their purchase to the nearest dollar with proceeds going to National Breast Cancer Foundation. Plus, a portion of proceeds from sales at my merchandise trailer at the racetrack throughout the month of October will be donated. I’ve met survivors and their passion, strength and the fight they have is really inspirational. And getting the message out there is important. I have a friend from high school who took the breast cancer gene test six or seven years ago and it was positive, so she decided to have a double mastectomy. We’ve all been affected by it in some way or through someone we know, so it’s important to raise awareness and that’s why I’m proud to be a part of what GoDaddy is doing.”

The movie Rush has been very popular since its recent release. Have you had a chance to see it?

“I did see the movie, Rush. I didn’t know the story. I had heard of both of the drivers (James Hunt and Niki Lauda) before, for sure, but I didn’t know the story at all. It was a fascinating story come the end of the movie. I thought it was a really good racing movie. I think it’s always hard to portray exactly what’s happening when you’re, like, taking cockpit shots and things like that, but I thought it was pretty good. I thought it was done really well. It was a very interesting story and kind of a sad story in the end, I guess. But it was really cool. It’s always fun as someone who is in racing to see a movie about racing be done so well and be done with such great actors and by such a great director. So, it’s cool.”