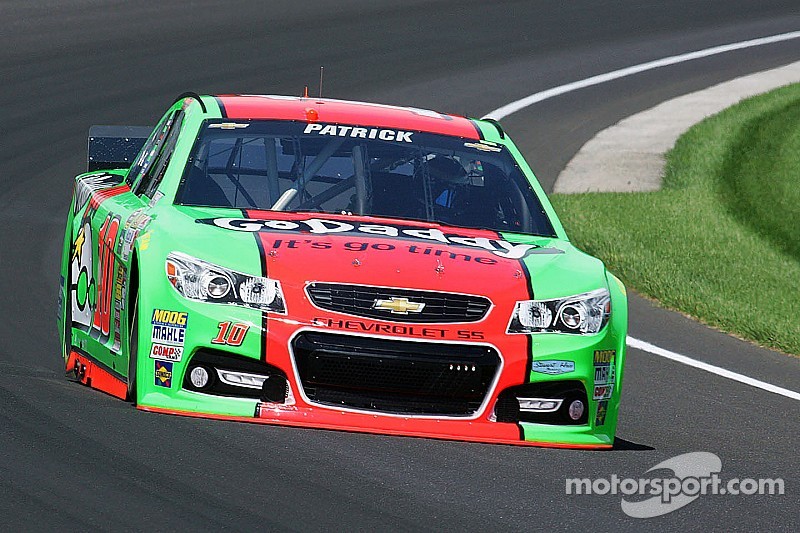 Patrick’s sixth-place finish is the highest finish by a female at Atlanta. The previous record was Janet Guthrie’s 10th-place finish on March 19, 1978. Only a fifth-place result by Sara Christian in a Sprint Cup race on Oct. 2, 1949 at Heidelberg (Pa.) Raceway tops Patrick’s finish. Christian also finished sixth at Langhorne (Pa.) Speedway on Sept. 11, 1949 and Guthrie finished sixth at Bristol (Tenn.) Motor Speedway on Aug. 28, 1977.

Though she ended up one spot behind Christian’s record, Patrick notched her third top-10 of the year as she finished seventh in May at Kansas Speedway in Kansas City and eighth in July at Daytona (Fla) International Speedway.  If she scores one more top-10 in 2014, she will tie Guthrie, who had four in 1977.

Patrick’s next shot will come Saturday night at Richmond (Va.) International Raceway, where she told reporters with a smile after the Atlanta race, “I have sucked at Richmond every time, so I sure hope I can run well at Richmond, now.”

In three Sprint Cup appearances at Richmond, Patrick’s best start was 30th and her best result was 29th, both in the April 2013 race. Her three NASCAR Nationwide Series events there weren’t much better with a best start of 16th in April 2012 and best finish of 18th in September 2011.

Little to celebrate there

Not much to write home about.

But the IndyCar Series proved well for Patrick at Richmond with four top-10 finishes in five starts, including a top-five in June 2009.

Consider that she’d only raced at Atlanta twice in the Sprint Cup Series before last weekend and never qualified or finished in the top-20. Then the obvious question would be, why can’t she succeed at Richmond?

Patrick, crew chief Tony Gibson and the GoDaddy team are hoping for another good run and more good finishes to keep building the record.

“The first thing I think of when going to Richmond is we have sucked there each and every time (laughs). So we are going there with a different approach, a different approach from what we will need out of the car to be good on Saturday night, and let’s hope it will work,” she said.

There are things about Richmond she appreciates. “When you have a good car, it creates opportunities to pass. Turns one and two are kind of tight, and three and four are more of a long corner, so it’s a challenge to set the car up. We slip and slide there a bunch, anyway, thank goodness we don’t race there in the day. There is more grip at night and I’m thankful for that.”

What to expect at Richmond

As the last race before the Chase, “I highly doubt it will be business as usual. You want to get the most points possible because those spots are open and people are going to try like hell to win the race. There is always that last great push at the end and it will be interesting to see how it turns out. Might be a few yellows.”

As rough as Atlanta was on many other drivers, her solid performance at Atlanta was a bit of a vindication. “It was just about a top-five. We just missed it by a thousandth of a second or something with Carl. We made steady progress all weekend and that is what happens when you do. We were just fast enough to be the lucky dog and we worked really hard to beat the 3 (Austin Dillon) to the lucky dog and that was kind of the turning point because there was a quick restart and we could move up. We made the GoDaddy car better and better, then it kind of stalled in the middle runs, and then was good on the last two. So that was good. We had a couple of pit stops that weren’t great, but the last one was 11 seconds and that put us in a good spot for the restart and we missed the accident. We finished sixth and that was it.”

David Ragan: Richmond will be a wild one

Two Chase spots up for grabs in regular season finale