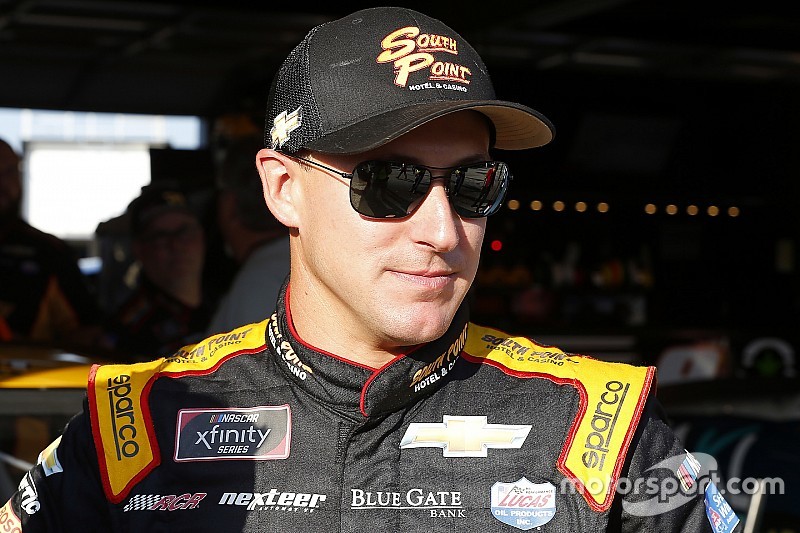 Richard Childress Racing has named Daniel Hemric to take over its No. 31 Chevrolet in the Monster Energy NASCAR Cup Series next season.

Hemric, who currently competes in the Xfinity Series for RCR and is a playoff contender, will replace Ryan Newman, who is moving to Roush Fenway Racing next season.

Hemric, 27, is in his second fulltime season in the Xfinity Series. In 60 career series starts, Hemric has yet to win but has 20 top-five and 33 top-10 finishes and has won three poles. He is currently second in the series standings and finished fourth last year in his rookie season.

“We’ve had our eye on Daniel since he raced with Austin (Dillon) and Ty (Dillon) in Bandolero cars and then into Legends racing," said Richard Childress, Chairman and CEO of RCR. “We hired him to drive our No. 21 Xfinity entry in 2017 and our plan was to develop Daniel and move him up to the Cup Series when the time was right.

“We believe that time is now. Daniel has won championships in just about everything he’s raced, and I hope we can add an Xfinity Series title before season’s end. He battled for the championship right to the end last year.”

Hemric was championing go-karts at the age of five and within the next six years, his driving accolades included 11 wins and a Concord (N.C.) Speedway track championship.

He would also go on to win the Champion Racing Association JEGS/CRA All-Stars Tour championship (2012) and the Southern Super Series championship (2013). In 2010, Hemric took home the largest paycheck in Legend Car history when he won the inaugural Legends Millions race at Charlotte Motor Speedway.

“Ever since I was a kid growing up in Kannapolis, I followed and rooted for RCR,” said Hemric. “I enjoyed competing against Austin and Ty years ago and we became close friends along the way. My dream has always been to race for championships in the NASCAR Cup Series.

“I have worked hard to get here and those who know me and have supported me, know I take nothing for granted. The time has come to take that next step, and I want to thank Richard for believing in me and providing such an amazing opportunity.”