Daniel Suarez diagnosed with avulsion fracture of his left thumb 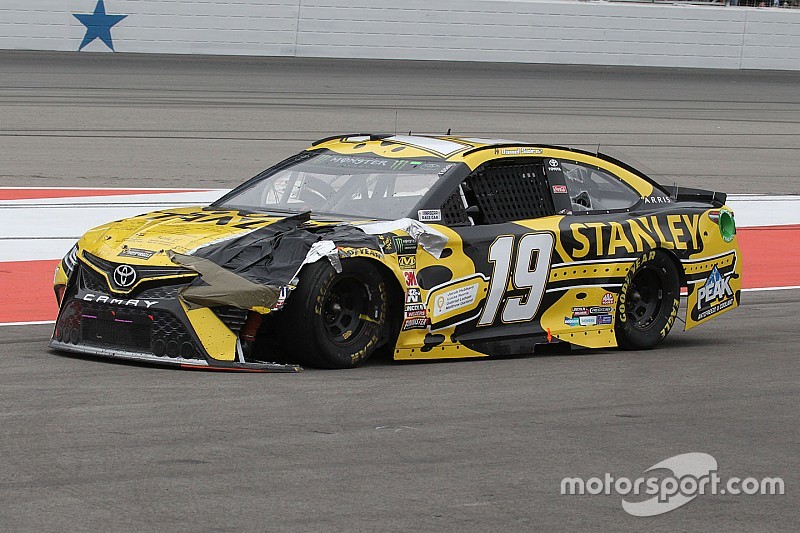 Daniel Suarez was diagnosed with an avulsion fracture in his left thumb but will be able to compete this weekend at Bristol (Tenn.) Motor Speedway.

Suarez posted a video after the race that showed his left hand wrapped in a splint and he said he was going to be further evaluated back in North Carolina.

On Tuesday, Suarez posted an update on his Twitter account, explaining he had been diagnosed with an avulsion fracture of his left thumb.

“I won’t need surgery and it’s not broke, but the tendons and ligaments are pretty bad,” he said in the video.

In Tuesday’s video update, Suarez also showed off the new brace he will use on his left hand, both in and out of the car. He stopped by the Joe Gibbs Racing shop to work with his No. 19 Toyota team on any adjustments he would need in his car.