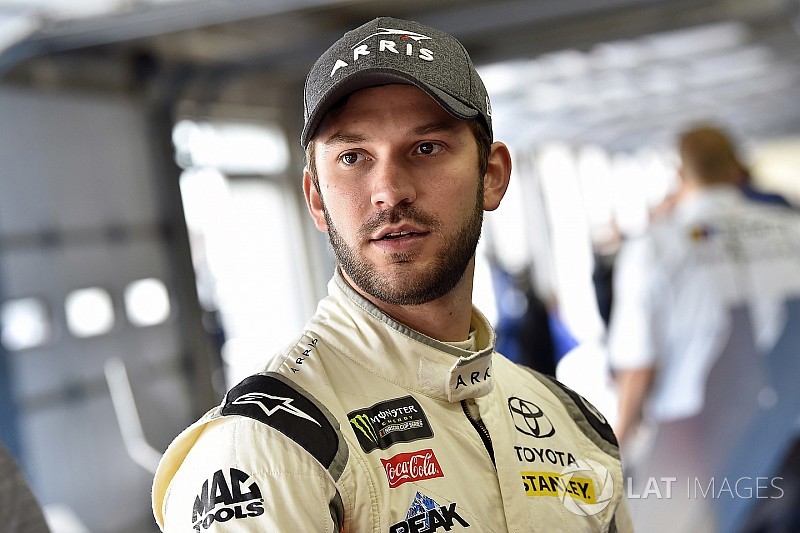 The Coca-Cola 600 has a penchant for producing first-time winners in the Monster Energy NASCAR Cup Series and Daniel Suarez would like to be next.

“Charlotte has been a good place to me. I feel good mentally and physically, so why not?”

Suarez and his No. 19 Joe Gibbs Racing Toyota team was one of the few drivers who was able to remain up front virtually throughout the entire four-stage event.

The all-star event featured a new aero package and even though the 600 will return to the series’ normal package, Suarez still believes the progress his team has made this season means the possibility exists to earn his first series victory.

“I can tell you that if we can put ourselves to running in the top-five every weekend, we can win any time,” he said. “Once you are in the top-five around those guys, those crazy restarts, you don’t have to be the best car to win a race.

“That has happened several times. Obviously, if you have the best car, you must win the race, right? I feel like it can happen any time. We just have to run in the top-five.”

In his relatively brief NASCAR career, Suarez has found Charlotte to his liking.

His two previous Cup starts in the series in his rookie year, Suarez finished 11th in the 2017 Coke 600 and sixth in the 500-mile race last fall. In five Xfinity races at the track, he’s finished no worse than 12th and has two top-five and four top-10 finishes and won one pole.

“Charlotte is just one of those places that for whatever reason you feel comfortable and you get good results and seems like you build from that and actually today so far, obviously just one practice – three runs actually, that’s exactly what my team did and the car felt pretty good,” Suarez said.

After a slow start to the season, Suarez enters the 600 having finished 11th or better in four of his previous five races, including a career-tying third at Dover, Del.

“Definitely a lot of confidence for this weekend and the rest of the season. The team has been doing a great job in the last month and a half, two months, being competitive and racing up front,” he said.

“It’s been a lot of fun, obviously, racing in the top-five and top-10 more often. I feel like we are on the right track. We are in the right line obviously to keep moving forward. But we have to keep working to try to get a little bit better.

“I feel like we are good, but we are not great … yet. Hopefully we can get there soon.”

Could Jimmie Johnson be the next to join Red Bull's army of athletes?

Kyle Busch earns pole position for the Coke 600 at Charlotte