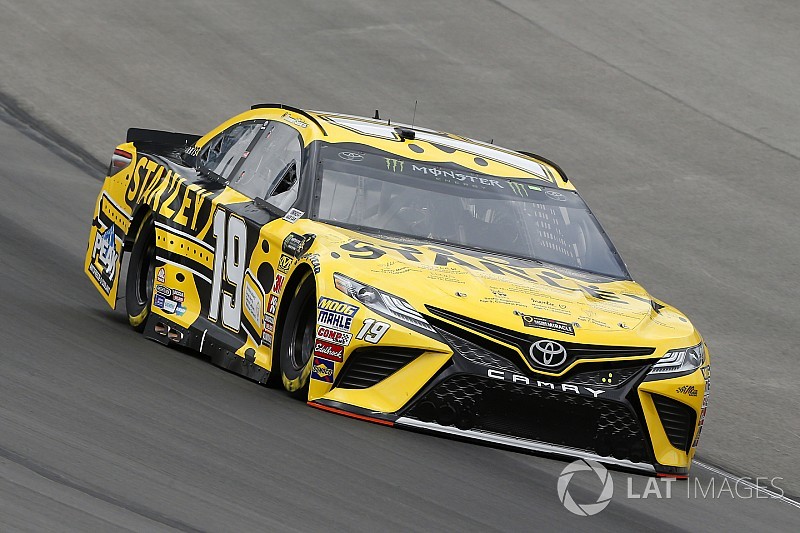 While the weather cooled off at Texas Motor Speedway, Daniel Suarez heated up on Saturday.

Under temperatures in the mid-30s, Suarez went out very late in Saturday’s first practice session and posted an average lap speed of 198.998 mph – the fastest lap recorded so far this weekend.

Suarez, who is set to start 14th on Sunday, said his No. 19 Joe Gibbs Racing team has faced several challenges this season.

“We have had good speed, we just, we’ve been very inconsistent. We’ve been very – struggling a little bit sometimes, not always, but sometimes transferring that speed from practice to the race or from qualifying to practice,” Suarez said Friday at Texas Motor Speedway.

“The speed is there, we just have to be able to transfer that speed to the weekend and that’s something that we have to keep working on and try to keep getting better at. I’m sure we are going to get it.”

With less than 13½ minutes left in the session, Stenhouse came off Turn 4 and slammed into the outside wall, doing extensive damage to his No. 17 Roush Fenway Ford. He had just recorded the ninth-fastest speed in the session.

It was the second consecutive race Stenhouse had wrecked his primary car in a practice session. He had the same happen two weeks ago at Martinsville (Va.) Speedway.

The team immediately moved to bring out Stenhouse’s No. 17 backup car, which will require him to start Sunday’s O’Reilly 500 from the rear of the field. He was set to start 26th.