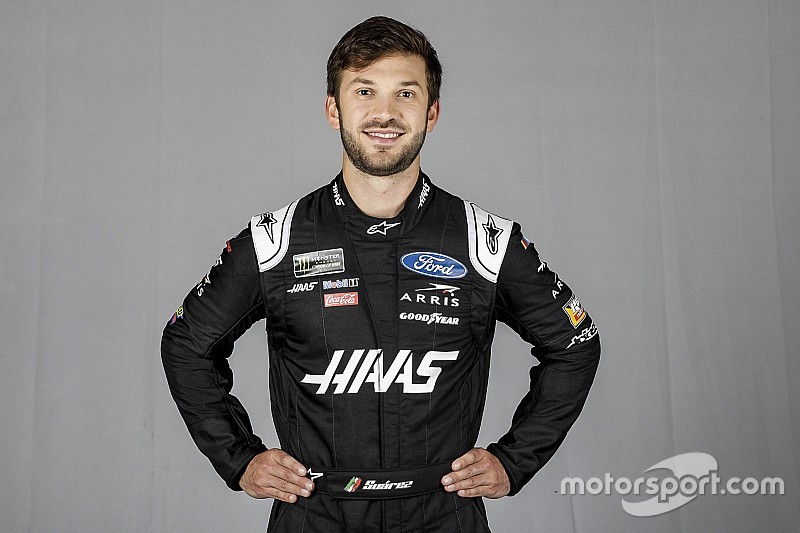 Stewart-Haas Racing confirmed Monday that Suarez would drive its No. 41 Fords this season, replacing Kurt Busch, who left to join Chip Ganassi Racing at the end of last season.

Suarez, who turned 27 years old Monday, spent the last two seasons in the Cup series with Joe Gibbs Racing after winning the Xfinity Series championship with the organization in 2016.

With the shutdown of Furniture Row Racing at the end of last season, JGR elected to bring in 2017 Cup champion Martin Truex Jr. to drive its No. 19 Toyotas, leaving Suarez without a ride for 2019.

“This is the best birthday present I could ask for,” said Suárez, a native of Monterrey, Nuevo León, Mexico. “We’ve all seen how competitive Stewart-Haas Racing is – all of their drivers won last year and all of them advanced deep into the playoffs.

“This is the opportunity every driver wants, and now I have it. I want to deliver for this team, our partners in Haas Automation, Arris and Ford and, ultimately, for me. We have everything we need to be successful.”

Suarez’s No. 41 will be sponsored by Arris International – a longtime sponsor of Suarez – and Haas Automation.

“We’re in racing to win and we believe Daniel Suárez can win in the NASCAR Cup Series,” said team co-owner Gene Haas, who has grown Haas Automation into the largest machine tool builder in North America and also owns a Formula One team.

“Haas Automation is a global brand and our success is directly attributable to how we’ve leveraged the Haas name in racing. We use motorsports to showcase our latest technology and to attract the best talent in engineering and design. Daniel allows Haas Automation to strengthen its ties to the Mexican community by racing the No. 41 Haas Automation Ford Mustang.”

Rising to the Cup level

Suárez’s racing career began in 2002 when he competed in go-karts. He won the Mexican national championship in 2007 and received an invitation to compete in the Rotax World Championship. In 2008, he joined the mini-stock division – an official support series of the NASCAR Mexico Series.

Suárez won 10 races in the NASCAR Mexico Series before coming stateside to compete in the NASCAR K&N Pro Series. He won three times in 2013 before transitioning to the Xfinity Series.

“In each series Daniel has raced in, he’s advanced quickly from rookie to race winner,” said team co-owner Tony Stewart. “In four years, he went from the K&N Series to the NASCAR Cup Series. In between, he won an Xfinity Series championship, and he did it all while learning a new language and a new culture.

“He’s dedicated, he’s talented and we’re proud to have him as a key part of our race team.”